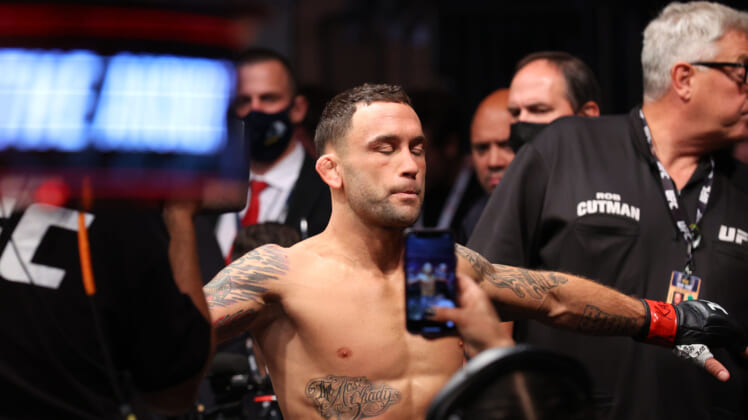 UFC legend Frankie Edgar understands that his career is at an end but he still wants one more fight. And if it were up to him, a clash against a fellow promotional great inside New York’s Madison Square Garden would be the perfect way to end his fighting career.

In an interview with ESPN MMA on Tuesday, “The Answer” revealed that he plans to retire very soon and has the goal of fighting one final time in an effort to end his run in the sport on a high after losing four of his last five, and the last two by knockout.

“I’ve been kind of kicking around the idea of retirement since my last fight,” Edgar admitted. “My last fights obviously didn’t go the way I wanted. … I need to kind of announce my retirement [and] have a retirement fight so I can sail off into the sunset.”

For much of his 15-year run inside the UFC, Edgar has been one of the promotion’s elite talents. The New Jersey native is a former lightweight champion, a multiple-time featherweight title contender, and is currently ranked in the bantamweight division’s top 15. However, over the last four year years, he has won just twice in his last seven fights, and his recent knockout defeats have become difficult for him to review after.

While his two losses in 2021 were definitive, the 40-year-old believes recovery from surgeries and issues in his personal life hindered his training and performance in those bouts. Now, with greater peace in his life and feeling healthier, he is positive about the outcome of his next outing in the Octagon.

Edgar does not have a bout booked just yet, but if he had the choice, he revealed he would love a swan song at a rumored event in Madison Square Garden later this year. It’s a legendary arena not too far from where he grew up, and where his most recent fight occurred. Furthermore, if he could pick his foe, there is one name he believes makes the most sense for a retirement fight.

Cruz is set to face the man that beat Edgar late last year, Marlon Vera, in the main event of a UFC Fight Night card in August. If “The Dominator” were victorious it would likely get him into serious title contention and make a bout with Edgar far less appealing for his overall goal to win back his bantamweight title.