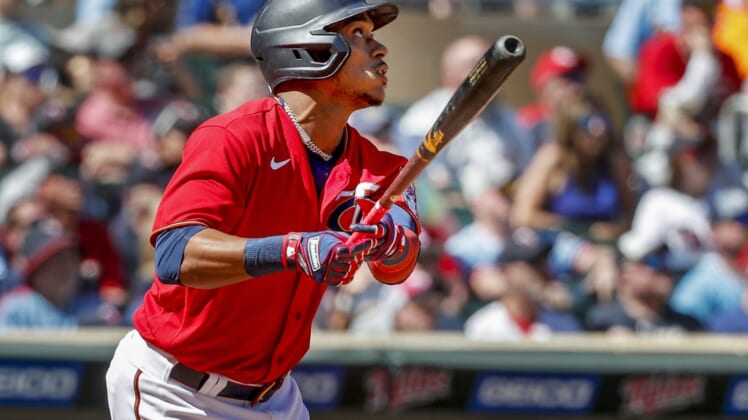 Sonny Gray struck out seven in four scoreless innings in his return from the injured list Saturday afternoon, as four Minnesota pitchers combined for a three-hit shutout and the Twins held on for a 1-0 victory over the visiting Oakland Athletics.

Jorge Polanco hit a solo homer in the sixth inning for the game’s lone run. Polanco had three hits, finishing a triple shy of the cycle for the AL Central-leading Twins, who have won back-to-back games.

Oakland continued its tailspin with its eighth loss in a row. The Athletics have scored one run overall in their past three games, and the game marked the 10th time this season that they have been held to fewer than two runs.

Gray allowed two hits and walked two in his first appearance since April 16. The veteran hurler missed the past three weeks because of a right hamstring strain.

Right-hander Griffin Jax (2-0) was next in line out of the Twins’ bullpen. He tossed 1 2/3 scoreless innings, allowing one hit and striking out two to pick up the win.

Twins right-hander Jhoan Duran collected his second save by striking out five in a scoreless eighth and ninth, walking one.

Athletics right-hander James Kaprielian (0-2) took the hard-luck loss after allowing one run on three hits in 5 2/3 innings. He walked two and struck out seven.

Polanco provided the Twins with the run they needed with two outs in the sixth when he belted a towering home run to center field. On the eighth pitch of his at-bat, he belted a Kaprielian curveball an estimated 451 feet.

It was Polanco’s third home run of the season and his first long ball since April 18 against the Boston Red Sox, snapping a 16-game drought.

Twins rookie shortstop Royce Lewis started his second game in a row in place of Carlos Correa, who is considered day-to-day because of a bruised right middle finger. Lewis went 1-for-3 with a strikeout and is hitting .286 (2-for-7) since his promotion to the big leagues.