Four reasons why Marshawn Lynch to the Raiders makes sense

Michael Dixon
Courtesy of USA Today: As one of the most physically imposing RB’s, Lynch should benefit from the new rule.

Might we see the return of Beast Mode in 2016? Lynch has reportedly requested his release from the Seattle Seahawks, and been spotted wearing Oakland Raiders clothes, all of which you can read about here.

Wanting a release is definitely a sign that he’s looking to come back. Wearing Raiders gear certainly points to Lynch wanting to play for his hometown team.

Here’s the thing. Lynch to the Raiders isn’t a good fit. Instead, it’s a great fit.

It’s not only a great fit, but it’s a great fit for multiple reasons.

What are they? Here are the four primary reasons that Lynch to the Raiders would make so much sense.

Lynch was born in Oakland, went to Oakland Tech High School and attended college at UC Berkeley. He also attended the Golden State Warriors NBA Championship Parade in 2015, was seen sitting with a suspended Draymond Green during Game 5 of the 2016 NBA Finals and has “Oakland” tattooed across his chest.

While Lynch has spent his entire NFL career in other regions, he’s a Bay Area (specifically East Bay Area) kid through and through.

Comfort is a huge factor in a player coming out of retirement. Suiting up for the Raiders would offer that. He’d get to play in a city he knows, wouldn’t have to leave home and would be surrounded by family and friends when not playing football.

The only other team that could really offer that would be the Raiders’ regional rival, the San Francisco 49ers. But the 49ers are a long way from contention. It would be hard to make any sense out of a running back Lynch’s age returning to the NFL to play for them.

The Raiders would offer Lynch a contending team in a comfortable environment. With the possible exception Seattle, no team could offer that. Since he’s reportedly requested his release from the Seahawks, it’s safe to rule them out.

2. It’s a perfect on field fit

The Raiders had one of the NFL’s best rushing attacks in 2016.

They ranked tied for sixth in rushing touchdowns (17), sixth in total yards (1,922) and 10th in yards per attempt. Latavius Murray rushed for 788 yards, had four yards per carry and 12 touchdowns. He’s now with the Minnesota Vikings. Somehow, Oakland is going to have to replicate that production.

Going to the Raiders would also give Lynch the chance to run behind one of the NFL’s best offensive lines. That’s an opportunity that any running back should jump at. Additionally, Lynch’s bruising style would provide a perfect change of pace from speedster Jalen Richard.

Lastly, Oakland is a team on the upswing.

The Raiders went 12-4 in 2016 and a deep playoff run seemed likely until Derek Carr’s injury. Still, Oakland is a young team. Wouldn’t a back like Lynch, with ample big-game experience, be a nice addition? When going against more experienced teams in the postseason (New England Patriots, Denver Broncos, Pittsburgh Steelers), that kind of experience is an asset for a young team.

3. The Raiders can afford it

Oakland has ample cap space. As of Friday afternoon, only the 49ers, Cleveland Browns, Jacksonville Jaguars and Tennessee Titans have more. More telling, the Raiders have more than $10 million in cap space more than the next closest 2016 playoff team.

So, it’s a move they can make.

Signing Lynch wouldn’t be a long-term thing, either. He’d go to Oakland on a one, maybe two-year deal. That’s a fairly low-risk proposition. If the Raiders get into the season or even training camp and discover that Lynch doesn’t have it, he’d be an easy cut.

Adding Lynch wouldn’t preclude Oakland from signing or drafting additional running backs. The drawback is that if Lynch was signed and didn’t pan out, it may force the Raiders into playing the other guys a little earlier than normal. But that’s more of a concern with a quarterback. For a running back, early action is standard operating procedure.

4. It buys the Raiders flexibility 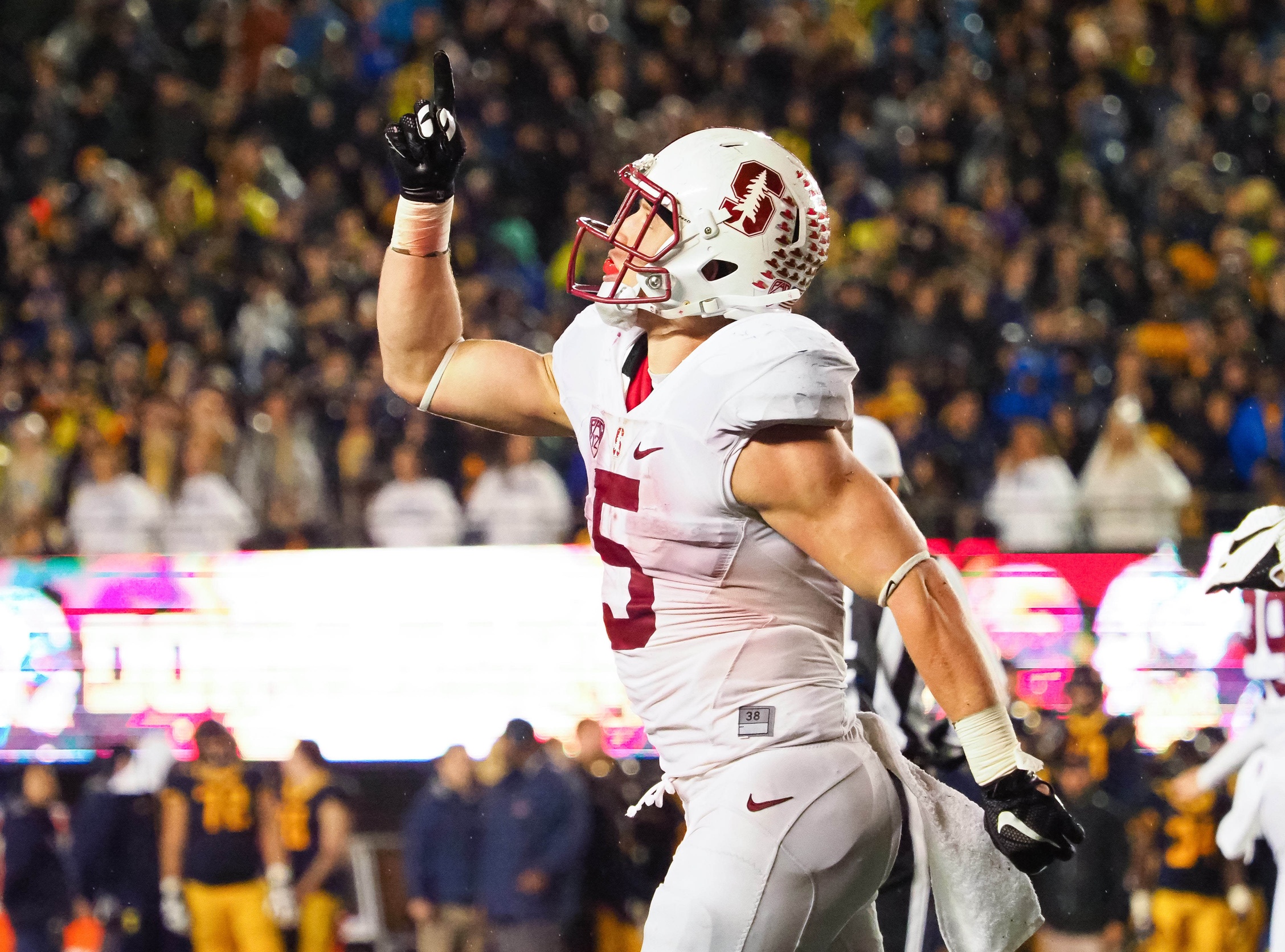 Oakland has been linked to Christian McCaffrey as a possible first round draft pick. But as good as McCaffrey is, he’s not where the Raiders should be focusing their attention.

Oakland was a good team in 2016, but the Raiders were far from perfect. They were a team that really struggled on defense, especially against the pass. Getting to the playoffs is one thing. But getting there and winning? That’s hard to do without a solid pass defense. Remember, this is a team that struggled against Brock Osweiler in the playoffs. We can’t blame that on Carr’s injury. That’s just bad defense.

So, Oakland’s focus in the draft should be on improving the secondary, especially in the first round.

With Lynch on the roster, the Raiders wouldn’t have to focus on a running back so early. They could bolster the pass defense in the first few rounds, then try to find a mid-late round steal at running back. Traditionally, late round running backs make a far greater early impact than their counterparts in the secondary.

Drafting a defensive back over McCaffrey makes significantly more sense than drafting McCaffrey and then relying on either the same guys as 2016, or a series of mid-late round draft picks against Tom Brady in January.

But passing on a back with McCaffrey’s skills is not easily done without other options at his position. That makes Lynch a perfect signing.