More than halfway through the season we’ve come to the point where some teams absolutely must win in order to remain in playoff contention.

A win would keep them afloat in the large pool of teams vying for the final postseason berths, while a loss would sink their chances completely (barring a miracle).

As if things weren’t tough enough for these upcoming teams, all four facing must-win scenarios are facing them on the road.

Both of these teams need to win this game to have much of a hope of staying in the NFC playoff picture. That said, the team that needs this game more is undoubtedly the Cowboys.

A win on the road against Tampa Bay would give the Cowboys a record of 3-6 (what we predicted), which does allow for a potential late-season streak that could propel them into the postseason. The NFC East is still pretty wide open, and the 5-4 New York Giants lead Dallas by only two games in the loss column.

One more loss would be the final nail in the coffin for the team many picked to represent the NFC in Super Bowl 50. Decimated by injuries to key players — most significantly to receiver Dez Bryant and quarterback Tony Romo — Dallas hasn’t won since Week 3.

This is a must-win of epic proportions. Of course, given the hot tempers governing the team’s locker room, the season might already be doomed to failure. 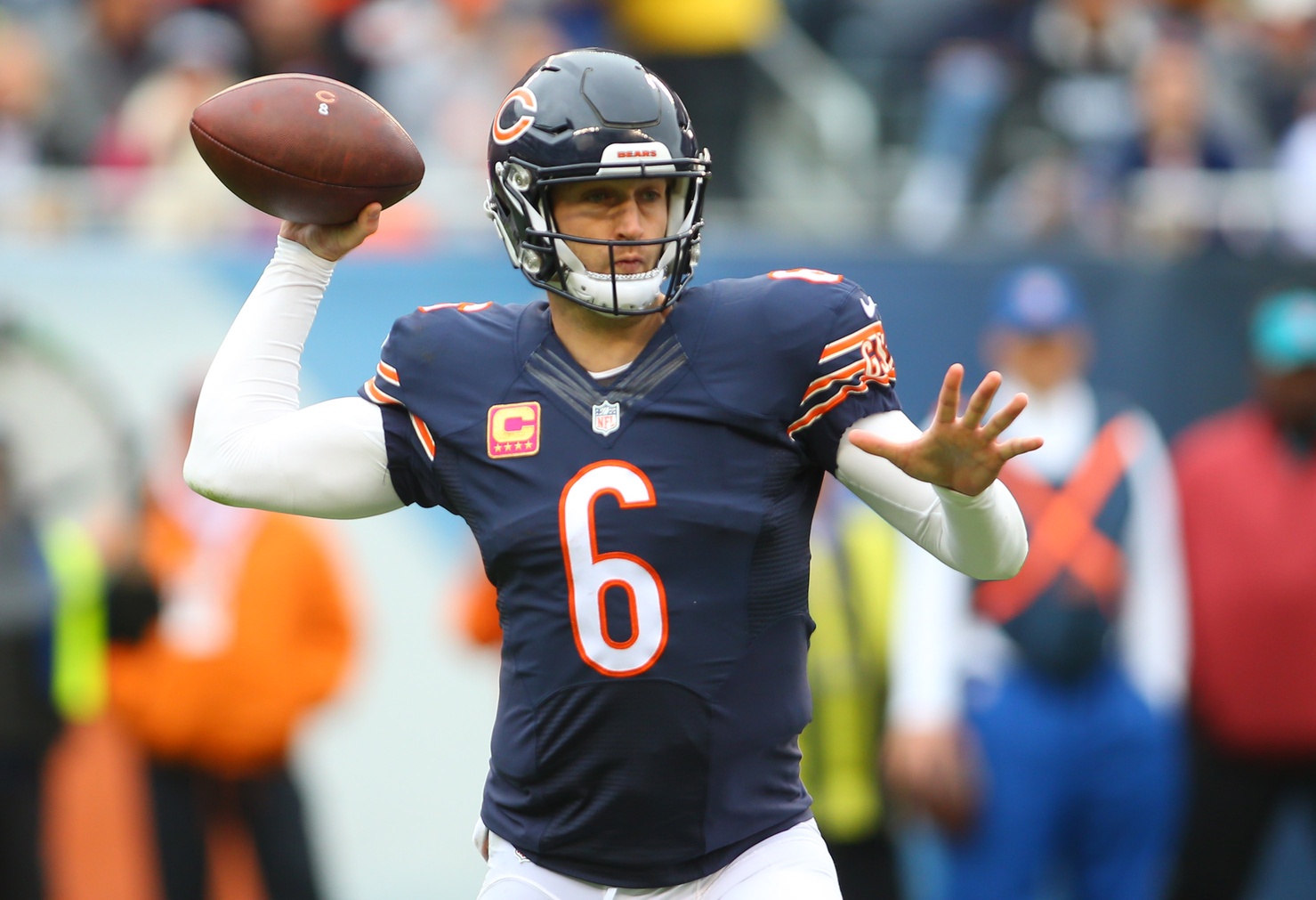 It’s widely assumed that Chicago’s season is already over. That said, the Bears haven’t exactly laid down for anyone since the first two weeks, and a win would put them on the fringe as an NFC wild card contender. And, while it seems crazy, this team is only three games back in the division behind Minnesota and Green Bay and could make things interesting with a run of wins heading into the month of December.

On the other hand, a loss would certainly be the last straw for the Bears.

The Rams present quite a challenge for any team with offensive line issues (Chicago fits into this category), especially on their home field. The team’s defensive front four is the best in the NFL and has made life miserable for quarterbacks this year, and Cutler has already been banged up quite a bit in the first half of the season.

Making things even more difficult for Chicago is the threat of Rams running back Todd Gurley, who has been unstoppable as a rookie. The Bears allow opposing running backs to succeed at a clip of 4.6 yards per carry, so this could be another huge game for Gurley.

The odds are stacked against the Bears this weekend, but a win could save their season…at least for another week.

For about three years now we’ve all been waiting for the Dolphins to take “the next step” from perennial underachiever to playoff contender. Hiring Joe Philbin turned out to be a complete bust for the organization, though, and quarterback Ryan Tannehill still struggles to consistently play at a high level. Worse still, the team’s defense has taken a nosedive, thanks in part to the underwhelming performance of Ndamukong Suh, who appears to have been a tremendous waste of money.

Now at 3-5, the Dolphins are already completely out of the AFC East race and have almost no hope of jumping up into the AFC wild-card discussion. A win would give fans and the team some hope for a salvaged season, but only by a little bit. Conversely, a loss would signal the end of any postseason hopes.

Philadelphia isn’t a dominant team, however, and could be overcome at home Sunday. The Eagles aren’t overly impressive against the pass, and Miami features some exciting playmakers, including the surprising Rishard Matthews, who is absolutely balling out in a contract year. If Tannehill gets some protection and makes smart decisions, then Miami’s offense could have a huge game passing.

On the other side, Suh and Co. must not allow DeMarco Murray and Ryan Matthews to run wild. Stopping the run hasn’t been a strength for the Dolphins this year, so the team’s front seven needs to step up in a major way. 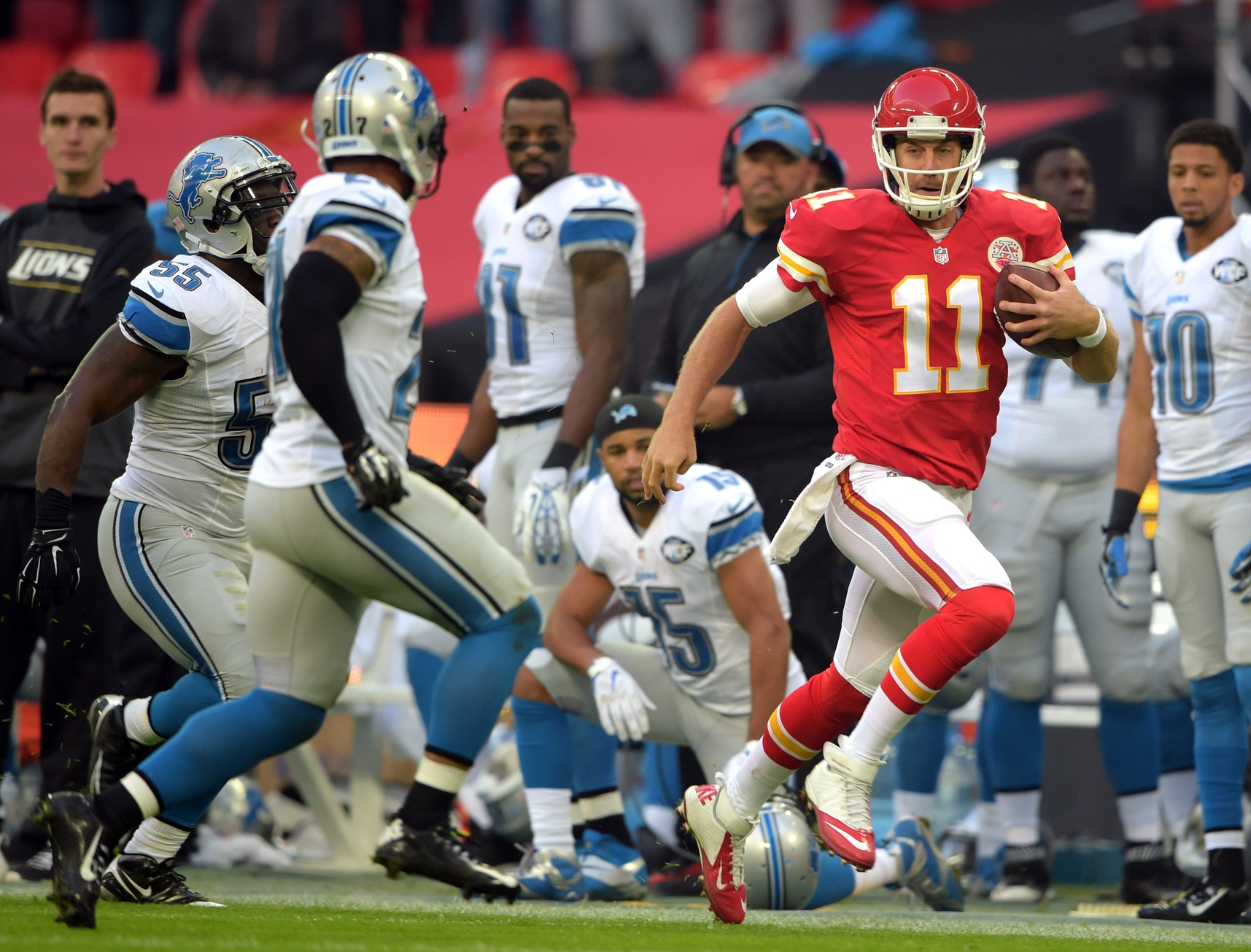 Picked by many to challenge Denver in the AFC West, Kansas City’s 2015 campaign hasn’t lived up to the hype. Losing all-world running back Jamaal Charles certainly hurt the Chiefs, but there were problems even before his season-ending injury occurred in Week 5.

The offense has feasted on the mediocre defenses of the Pittsburgh Steelers and Detroit Lions the past two weeks (both wins), but Denver’s top-ranked defense won’t be so easy to overcome. Quarterback Alex Smith — who has already been sacked 28 times — could be under assault all game line playing behind the Chiefs’ porous offensive line given the 30 sacks already racked up by the Broncos this year.

This means Kansas City’s defense must dominate Denver’s offensive line and get to Peyton Manning on a consistent basis to give the Chiefs a puncher’s chance of winning.

A loss would drop Kansas City five games behind its AFC West rival and out of playoff contention almost completely. Needless to say, Andy Reid needs to conjure up all his stored-up play-calling magic in order to keep his team from fading into the ether this year.