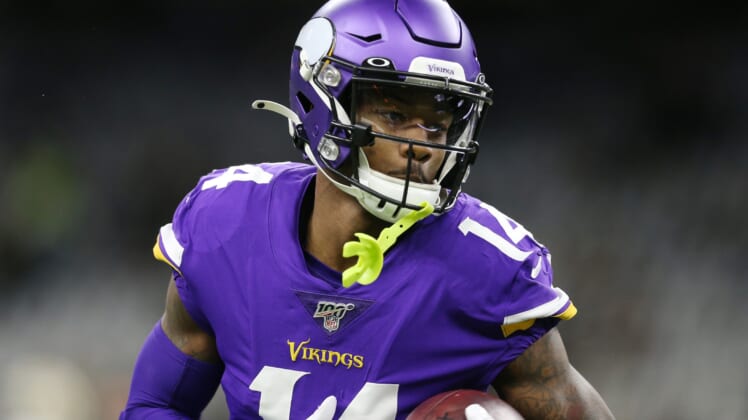 Reports of unhappiness in Minnesota have laid the groundwork for Vikings star Stefon Diggs to potentially find himself on the trade block this offseason.

Diggs showed outward frustration in the direction of quarterback Kirk Cousins a lot this past season.

And while reports of a potential trade could be overblown, noise coming from the Twin Cities has not died down.

We can now include former Minnesota Vikings star linebacker Chad Greenway to that growing chorus.

Greenway made an appearance on KFAN in Minneapolis Monday and had some rather interesting thoughts.

“Listen, I played with Stefon, You get him to the side, he is a great dude, locked in, but he needs the attention,” Greenway told KFAN’s Paul Allen. “There is Thelien and then there is Diggs and I can tell you, that does not sit well with Diggs.”

This makes sense in that Diggs’ unhappiness last season seemed to surround sharing targets with Thielen. Diggs’ targets decreased from 149 in 2018 to 94 this past season. Though, he did put up a career-high 1,130 yards.

It’s this type of egocentric mentality that has turned some people off. Diggs, 26, remains an elite talent. But as Greenway notes, he seems to be high maintenance.

Whether that leads to a trade this spring remains to be seen.