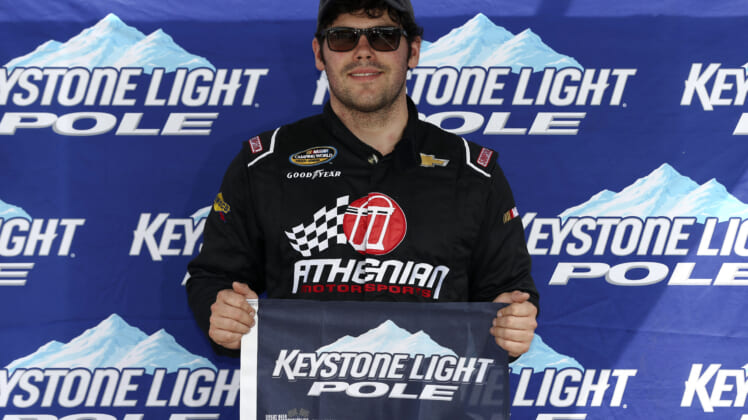 Former NASCAR driver John Wes Townley was shot and killed in Athens, Ga., on Saturday night. He was 31.

Townley and a 30-year-old female were shot just before 9 p.m. ET, Athens-Clarke County police told the Athens Banner-Herald. Townley died of his injuries at a local hospital and the woman has serious injuries.

Police are investigating a 32-year-old man from Dunwoody, Ga., as a possible suspect.

Townley was a driver from 2008-16 and started 110 Camping World Truck Series races and 76 Xfinity races. His lone career victory was in a truck race in Las Vegas in 2015.

Townley had 24 top-10 finishes in the truck series.

Townley was a native of Watkinsville, located just south of Athens.