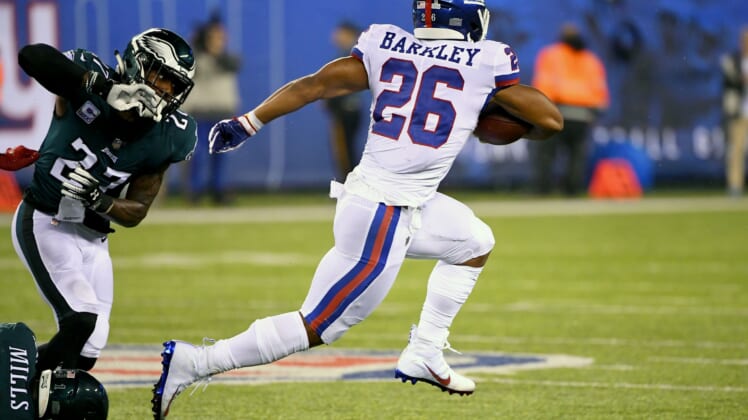 While the first quarter of Thursday’s game against the Philadelphia Eagles didn’t go well for the New York Giants, rookie running back Saquon Barkley put on a show.

Barkley had perhaps the best nine-yard run anyone will ever see. He also caught a screen from Eli Manning and made seemingly the entire Philadelphia defense miss as he went for 55 yards.

Still trying to count the number of tackles @Saquon broke on this 55-yard run. ???#GiantsPride #PHIvsNYG

The NFL world was blown away by his performance.

@saquon is a freak of nature on the field!

whenever somebody do comparisons it’s way off.. the Barkley sanders comparison its 100% legit

Imagine Saquon Barkley behind a good offensive line My goodness

Barkley will earn EVERY dime he makes!

It was certainly a special performance from the No. 2 overall pick. He will be fun to watch for quite some time.