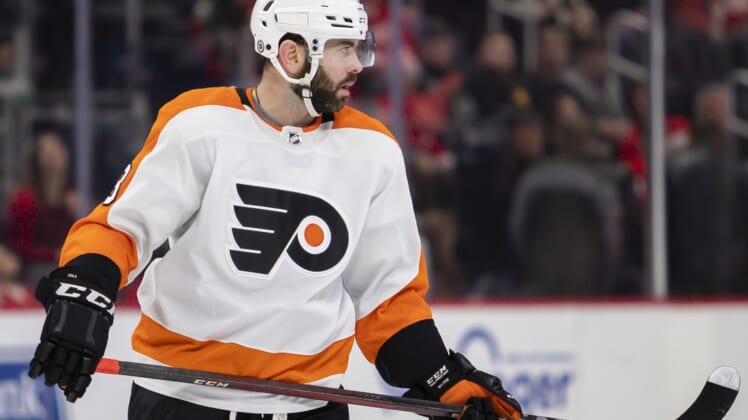 Interim coach Mike Yeo confirmed that Yandle will miss his first game since March 22, 2009, when Philadelphia hosts the Toronto Maple Leafs. Yandle missed practice Friday with a reported illness, but NHL.com said Saturday that he will be a healthy scratch.

“(He’s) obviously disappointed, which you would expect from a competitor and a hockey player that’s been doing that for as long as he has,” Yeo told reporters Saturday morning. “My only hope is that he recognizes just how amazing it is what he’s done.

“Obviously, for sure for him it’s disappointing, no question. But not many people can say that they’ve done something that nobody in the history of the NHL has ever done. And so no way does this diminish what he’s accomplished. It is remarkable and certainly something to be extremely proud of.”

Ronnie Attard, 23, is expected to make his NHL debut in place of Yandle.

“What went into the decision, we’re at the point in the season where as an organization, it’s important that we get some young players in,” Yeo said. “Not to say that we’re not playing hard with what’s going on right now, but obviously we have to have an eye on the future and what’s coming down the road. To give some new guys an opportunity.”

Yandle, 35, broke the record when he played in his 965th straight game on Jan. 25 against the New York Islanders in Elmont, N.Y. Doug Jarvis previously held the mark of 964, set from 1975-87 with three different teams.

Yandle has 15 points (one goal, 14 assists) in 67 games this season, his first with Philadelphia. He has 615 points (103 goals, 512 assists) in 1,099 games with the Phoenix/Arizona Coyotes, New York Rangers, Florida Panthers and Flyers.