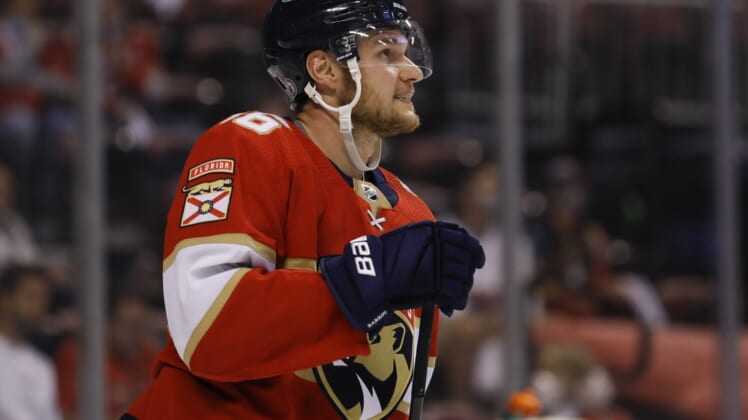 May 16, 2021; Sunrise, Florida, USA; Florida Panthers center Aleksander Barkov (16) looks on from the ice against the Tampa Bay Lightning during the first period in game one of the first round of the 2021 Stanley Cup Playoffs at BB&T Center. Mandatory Credit: Sam Navarro-USA TODAY Sports

The deal would be the richest in franchise history, eclipsing the seven-year, $70 million contract signed by two-time Vezina Trophy recipient Sergei Bobrovsky in July 2019.

The 26-year-old received the Frank J. Selke Trophy last season, an annual honor given to the forward who best excels in the defensive aspects of the game.

Barkov recorded 58 points (team-high 26 goals, 32 assists) in 50 games last season. This marked the sixth straight season in which he scored at least 20 goals.