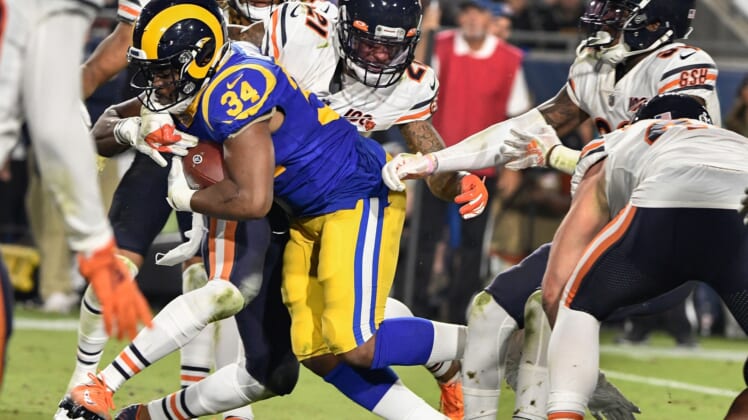 There are quite a few games we’re very excited about this season and there are even a few contests flying under the radar that could surprise many fans. The prime time games always get the most attention every season and for good reason. The NFL typically does a great job picking matchups that NFL fans will love to watch.

Unfortunately, the NFL schedule is far from perfect. Because every team has to appear at least once on national television, there are always a few ugly games on Thursday and Monday each season. We’ll see that once again this year with the league’s prime time games.

Here are the five worst games on the NFL’s prime-time schedule for the 2020 season.

The NFL faced a decision to kick off the NFL season on Thursday Night Football. The Chiefs needed to play at home as part of the tradition for Super Bowl champions, which limited the choices to eight teams. Given the New England Patriots lost Tom Brady and the Atlanta Falcons are projected to struggle in 2020, the Texans became the easy choice.

Unfortunately, the 2020 season will now likely start with a blowout. Kansas City is already a huge favorite over the Texans and the line could rise even further. The Texans traded away their All-Pro receiver, delivering a significant blow to this offense. Meanwhile, the Chiefs will be playing at home and ready to prove they remain the best team in the NFL. We expect Kansas City to be holding a double-digit lead most of the night and this one will be over quickly. Not exactly how the NFL wants the season to start.

This is where the NFL’s requirement to put every team on national television rears its ugly head. The Dolphins could be a team on the rise in 2020 with Tua Tagovailoa, but he might not be ready to start by then. If he isn’t medically cleared to play or the team just isn’t convinced he is NFL-ready, this game becomes even more unwatchable.

We expect the Jaguars to be one of the worst teams in the NFL this year, even if Leonard Fournette is in the backfield. Jacksonville’s defense is bad and its offense isn’t good enough to entertain a large audience. So, football fans will have to watch a slow, low-scoring game on Thursday Night Football. We suppose that is better than nothing, but this game will come close to that feeling.

Remember last season when the Bears and Rams combined for 24 total points and neither team cracked 300 total yards. The NFL apparently forgot how boring that Sunday Night Football game was and decided the football world deserved an encore performance. Realistically, this game might be even worse in 2020.

The Rams dumped Todd Gurley and Brandin Cooks this offseason, moving on from two integral pieces of their offense. While the Bears added Nick Foles and this will be a revenge game for him, it won’t make the game watchable. Chicago’s defense will terrorize Jared Goff and its offense will struggle to find the end zone. We could have had Joe Burrow against Baker Mayfield. Instead, we’ll be stuck with this game.

We can’t seem to avoid the Jets and Patriots playing on prime time. It made sense when both teams were good, but recent contests just became an opportunity for Tom Brady to beat up on New York. Now that Brady is gone, seemingly the time to take this game off national television, this matchup still finds itself on Monday Night Football.

In a best-case scenario, Jarrett Stidham lives up to the massive expectations the Patriots have for him and this is a blowout. A far likelier scenario, both teams can’t sustain offensive drives for most of the night. New England’s massive coaching advantage should make this a win, but it won’t be a pretty sight for any football fans.

The Lions started the tradition of playing football on Thanksgiving Day, thus the NFL invites them back to play on this day each year. While it’s nice to recognize a team’s place in creating an iconic tradition, the Lions haven’t done anything to deserve this spot on prime time in decades.

The Texans could be a playoff team this year and Deshaun Watson is the special kind of player that NFL fans deserve to see more of. Sadly, Houston’s offense will likely be worse than we saw in 2019 and that will make this team harder to watch. There might need to come a time when the NFL eventually considers taking the Lions off the Thanksgiving schedule. Perhaps they can earn the opportunity when they win a playoff game, which they haven’t done since 1991.