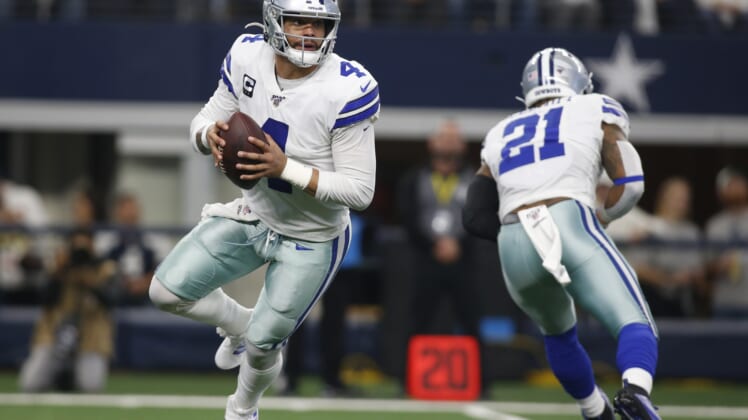 The schedule for the 2020 NFL season is out and football fans are already marking their calendars for some of the top matchups we’ll see this year. At a time when the league is loaded with exciting teams to watch, countless matchups will delight football fans this season.

There are plenty of high-profile games that will generate a lot of buzz before the NFL season. As we see each season, though, there are even more contests that prove to be even better than anyone anticipated. Between divisional matchups with potential playoff implications and dark horse Super Bowl contenders clashing, we’ve got plenty of action that is flying under the radar.

Let’s take a look at the five most underrated games on the schedule for the 2020 NFL season.

The defending Super Bowl champions enter the season as the favorites to win Super Bowl LV and are expected to take the AFC West in a landslide. However, the Chiefs didn’t make any major additions this offseason outside of the NFL Draft. Meanwhile, the Broncos went out and bolstered their offense and defense significantly.

Denver’s backfield combo of Melvin Gordon and Phillip Lindsay would already be difficult enough to stop. Factor in Jerry Jeudy, Courtland Sutton and K.J. Hamler at receiver and all the pieces are in place for a high-flying offense. On defense, the Broncos’ secondary will be improved this season and their pass rush should create some havoc. We know the Chiefs are an outstanding team, but this matchup in Denver could easily deliver a finish many aren’t expecting.

The Mercedes-Benz Superdome might be one of the most difficult places for a road team to play in sports. The Saints are always an outstanding team capable of winning a Super Bowl, but they just seem to take things to another level when at home. We might even see an even better version of the Saints this season, with the team determined to send Brees out with another Super Bowl ring.

If any team can challenge the Saints at home, it’s one with a great defense, an excellent group of offensive skill players and a quarterback that protects the football. The Chargers boast arguably the NFL’s best secondary and it will be able to match up against the Saints’ weaponry. We also know Los Angeles boasts a fearsome pass rush that can put pressure on Brees. If the likes of Austin Ekeler, Keenan Allen and Hunter Henry make enough big plays, the Chargers could shock the NFL world with a win in New Orleans.

If you’re looking for a new rivalry to emerge this decade, look no further than the Cardinals and 49ers. We know the 49ers are a powerhouse. With their collection of young talent on the field along with bright minds in the front office and on the sideline, they can be a force for years. While the Cardinals might be built a little differently, this is also a team set to take flight starting in 2020.

Now that Kyler Murray has a strong supporting cast around him, he can take the next step in his second NFL season. Arizona’s offense under Kliff Kingsbury will be outstanding and the defense received some huge additions this offseason, including playmaker Isaiah Simmons. A road test in San Francisco is the perfect chance to see if the Cardinals are ready to contend in the NFC this season and is precisely why we’re excited abut this game.

A matchup between teams we expect big leaps from in 2020 and some historical significance sprinkled on top. The Cowboys enter the season coming off an overhaul of their coaching staff and with a plethora of impressive additions via free agency and the 2020 NFL Draft. Expectations are high in Dallas and for a good reason, but the same feeling also exists in Cleveland.

Frankly, these two teams are very similar. The Browns have an abundance of impressive talent on offense with a quarterback capable of pushing his team even further. A new coaching staff also could be the missing ingredient that solves years of falling short of expectations. When these two teams battle, it will be a clash of sleeper Super Bowl contenders and a proving ground to determine which of these two teams is a legitimate threat in the NFL.

It’s impossible to ignore the significance of this game. The Colts started in Baltimore before packing their bags and suddenly heading for Indianapolis, a move that sparked this rivalry. While the games haven’t always been great, we’ve seen a fair number of these matchups take place in the playoffs.

This matchup in the regular season could easily be a preview of a divisional-round game in January. The Ravens are widely viewed as a Super Bowl contender, while the Colts are gaining some national attention after a strong offseason. A test at home could be the perfect litmus test to see if the Colts are merely a playoff contender or if Indianapolis will have even more reason to celebrate this season.