Five late-round NFL Draft picks that could be hidden gems 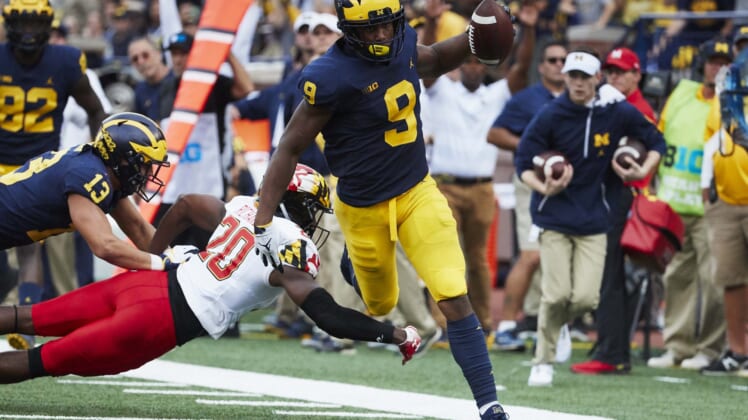 Joe Burrow is supposed to be a star. So are guys like Chase Young and Mekhi Becton. Top NFL Draft picks like these are coveted for their franchise-defining potential. Fans and teams alike have the expectation that the players they select in the early rounds will be at least solid contributors on the field.

But stars are found in the later rounds too. Surrounded by special teams specialists, career backups and project players, some teams find diamonds in the rough.

Obviously it’s hard to predict who will be the next Richard Sherman, Tom Brady or Antonio Brown — rising from a speculative pick to superstar status. If everyone knew what these players were going to become, they wouldn’t be late-round picks. But here’s five standouts from the later rounds of the 2020 draft that have the potential to well outperform where they were selected.

In a draft loaded with wide receiver talent, the Browns may have found the biggest steal at the position in Peoples-Jones, an oversized slot receiver out of Michigan. Despite concerns about his game speed and ability to break man coverage, the former 5-star recruit was projected as a third or fourth round pick prior to the draft.

That he slid until the sixth round may mean NFL general managers know something we don’t. But picking him up there is a great low-risk, high-reward move for the Browns. With his combination of size and athleticism (Peoples-Jones posted a 4.48 40 and 44.5 inch vertical at the combine while measuring in at 6-foot-2), he certainly has the tools to be a starting wide receiver. If he can make the most of his physical gifts like he did at times for the Wolverines, Peoples-Jones could help make a loaded Browns offense even more electric.

Prior to the 2019 season, Hall was considered one of the top corners in the 2020 class, being taken in the late first round in mock drafts galore. He was the complete package, with top-level intelligence, athleticism, size and instincts. Unfortunately, in a game against Miami, the Virginia star suffered an ankle injury that required season-ending surgery.

In a normal year, each team looking for cornerbacks would have had a chance to evaluate Hall’s health with their own doctors. They could have confirmed his report that he should be ready for training camp and helping maintain his draft stock. But 2020 is anything but a normal year. Likely due to this uncertainty surrounding his health, Hall fell all the way to the fifth round, where the Jets snapped him up. Assuming he returns to full health, the Jets will certainly be happy with Hall as a quality starting corner at a bargain rate.

Weaver, who some had ranked as high as the 16th overall prospect, fell shockingly far for an edge rusher as productive as he was in three years at Boise State. Over those three years, he posted 47.5 tackles for loss and 34 sacks, including 13.5 in 2019 — outstanding numbers even in a weaker conference.

Weaver likely fell due to concern over whether his game will translate into the pros. He doesn’t have the athletic traits of most top-tier pass-rushers. However, even throughout his college career, Weaver relied more on intelligence and technique than raw athleticism to maintain his production. These traits should serve him well in the pros, where he could be an impact player on day one for Miami’s newly revamped defense.

The Buccaneers did a remarkable job adding help for Tom Brady at the draft, and Johnson is a large part of that. How he fell all the way to the middle of the fifth round despite being PFF’s highest graded college receiver from 2019 is a mystery. Maybe not showing up for the combine came back to bite Johnson on draft day, but it certainly is a win for Brady and the Buccs.

Johnson excels at creating separation with route running, and makes contested catches look easy. The biggest knock on his college tape is a lack of pure burner speed, but his shiftiness and technique allow him to compensate. Lining up next to Mike Evans and Chris Godwin with Brady under center, Johnson will have an excellent opportunity to shine, and is likely to make the most of it.

The third wide receiver on this list, Jennings is another potential stud who may have gone higher in a less-stacked wideout class. He made headlines throughout his five years at Tennessee, including an incredible game-winning Hail Mary reception to upset Georgia. Like Johnson, his biggest weakness is pure speed, but Jennings has the size to make up for it.

At 6-foot-3 and 215 pounds, Jennings’ biggest (pun intended) asset is his after-the-catch ability. His size and strength make him a nightmare for defenders to bring down in open space, which should serve him well in Kyle Shanahan’s offense. Like most seventh rounders, he’s no guarantee to even make a San Francisco roster filled with receiver talent. But if he does, Jennings could become a productive force for the reigning NFC champs.