One of the best pitchers of the last decade is ready to give it one more run.

According to Jon Heyman of CBS Sports, Cliff Lee wants to get back into his groove on the mound in 2016, if he finds the right fit.

Cliff Lee has been throwing and he's received medical clearance. If he finds the right fit, he will pitch in 2016.

While Lee has pitched in two of them, he’s never won a World Series. Logically, you’d think that he’d want to come to a contender.

Given his age and recent health, Lee can’t exactly be depended on to be an ace. So, the team that signs him should be probably be one with starting pitching depth that could absorb one of their starters being ineffective or getting hurt.

These five teams make the most sense for Lee.

As of Dec. 4, the depth chart on the Cubs official website lists only four starting pitchers.

It stands to reason that the Cubs will be in on some of the top remaining free agent pitchers. And since they have a lot of power hitting position players, a trade can’t be ruled out. But even if they do all of that and add two quality pitchers beforehand, Lee still makes sense.

They don’t need him to be an ace. With Arrieta and Lester, Lee wouldn’t theoretically be anything better than the Cubs’ third starter. They do, however, need rotation depth. Losing games started by Lester and Arrieta in the first two games of the 2015 NLCS gave them little chance of beating the Mets.

Lee also has phenomenal control and is more than capable of getting a strikeout when need be. These are both highly sought-after qualities in relief pitchers. So, even if he falters as a starter, Lee would be a nice addition to a thin Cubs bullpen.

Even if it’s only five starts, success at the home park is a nice thing to have. 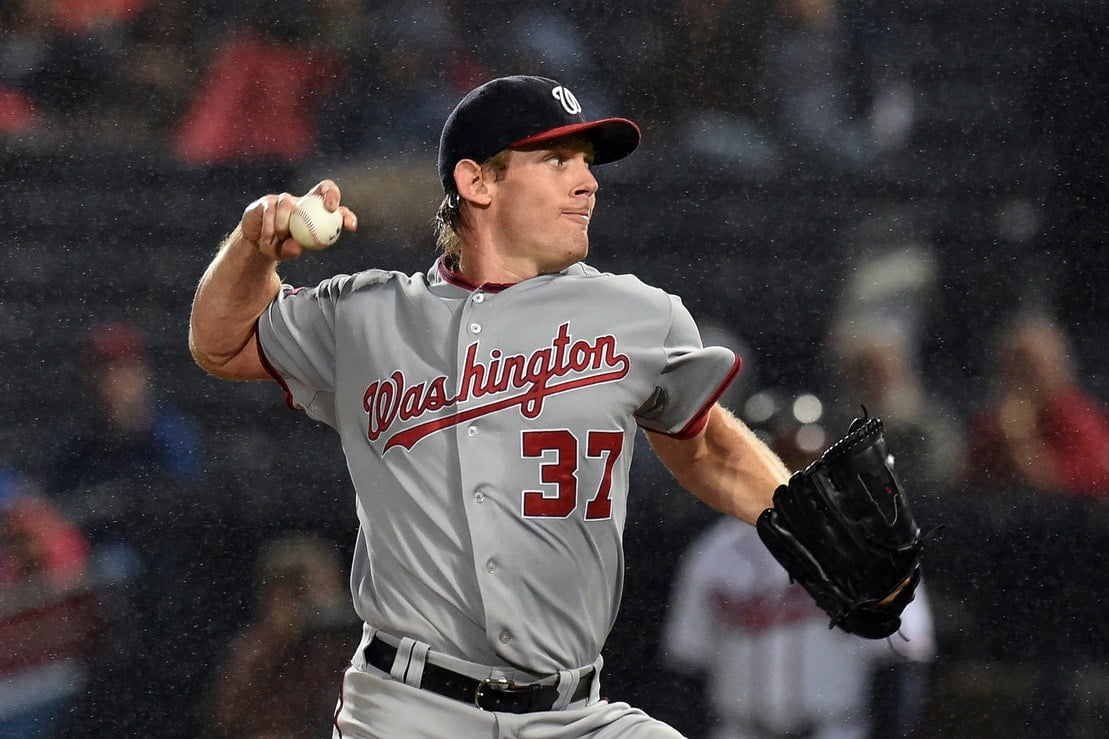 Actually, the Cubs parallels don’t stop there, as Lee’s track record at Nationals Park is desirable.

If Lee’s even a shell of his former self, the Nationals become a World Series contender again. How would you like to be cheering for a team heading into a series against a Scherzer/Strasburg/Lee combo?

Cliff Lee could do wonders for Washington. At best, it gives them a lethal trio of pitchers. At worst, he either flames out or is relegated to the bullpen and the Nats are left with a rotation of Scherzer, Strasburg, Gio Gonzalez, Tanner Roark, and Joe Ross.

There’s no reason that the Nationals front office shouldn’t be going hard after Lee.

The Cubs and Nationals were good fits for Lee for similar reasons. The Royals would also do well to add Cliff Lee, but the reasons are a little different.

While the Royals have pitching depth, they don’t boast a starting rotation with two legitimate aces. With the possible exception of Yordano Ventura, you could draw the order of their rotation out of a hat, and Lee would fit right into that mix.

The Royals fit so well because the starting pitching isn’t really the strength of the team. Kansas City boasts an unrelenting offense that should give their pitchers ample run support. Their defense is second none — especially if Alex Gordon returns — so pitching to contact wouldn’t be a problem.

Best of all, Lee wouldn’t be needed to pitch more than 5-6 innings on most nights, as the Royals’ bullpen is nothing short of phenomenal. If you want to preserve an old arm that’s dealt with some injuries, maintaining a reasonable pitch count is a good way to start. And that’s something Kansas City can do better than any team in the league.

Besides, the Royals are the defending champions and were one game away from winning two years ago. If Lee is indeed looking for a ring, that’s a pretty good place to start.

A double-reunion of sorts, this would reunite Lee with his former Philadelphia teammate Cole Hamels and with the franchise he played for during the second part of 2010, which included a World Series trip.

Hamels and Yu Darvish are about as good a 1-2 punch as any American League has to offer, so the pressure would be off of Lee to do anything other than be a bottom of the rotation guy. With the Athletics seemingly in another rebuilding season, the Mariners being a giant question mark and the Angels having serious rotation issues, both the Rangers and Astros are a solid playoff bet in 2015. And Lee fits better in Arlington.

The negative for the Rangers is that they had one of the worst bullpens in 2015, so they’re very unlike the Royals. What the Rangers have is a great offense. They scored the third-most runs in MLB in 2015, meaning that Lee wouldn’t need to throw a gem every night to help his team win.

Lee has more good fits in the National League than the American League, but the a reunion between Cliff Lee and the Rangers makes sense. 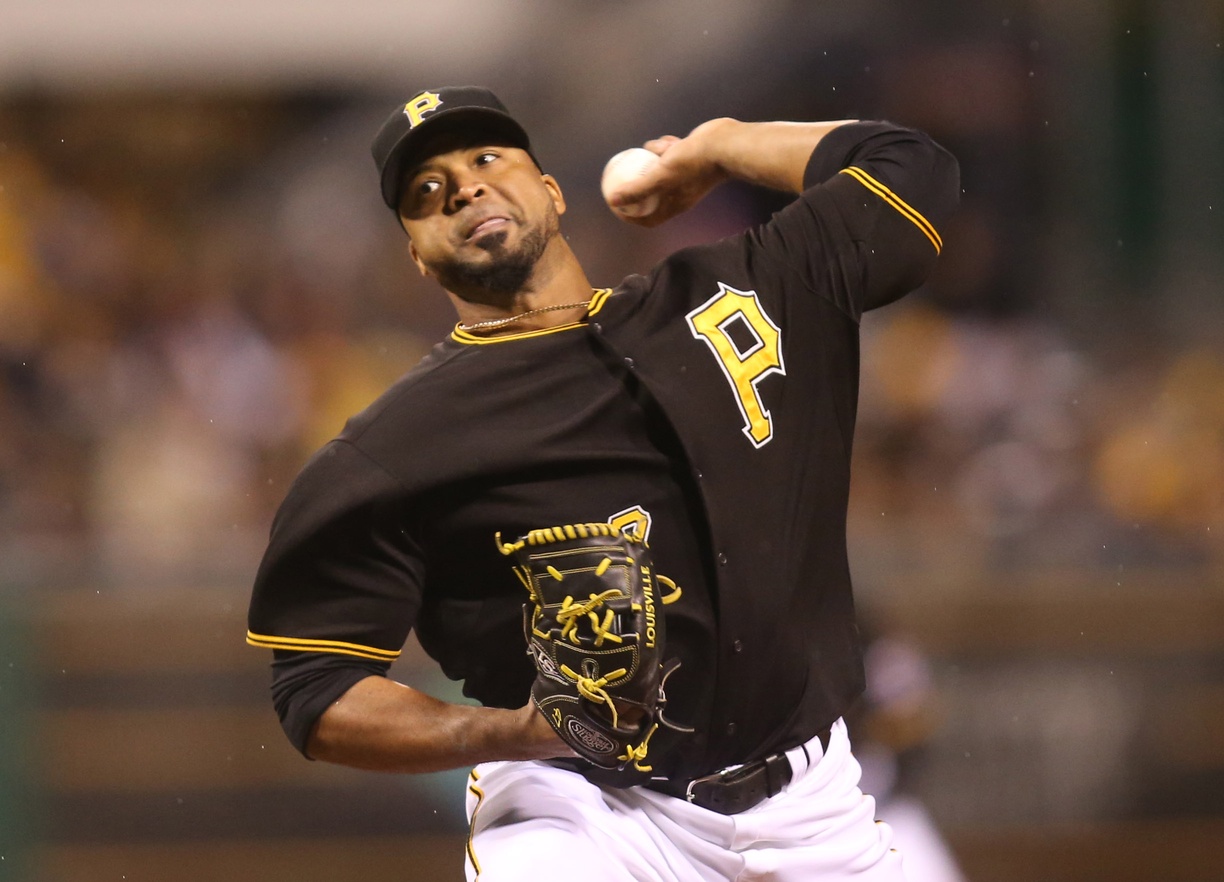 Good 1-2 punches are a common theme for these teams, and the Pirates have that, though not quite as well as some of the others on this list. Gerrit Cole stacks up to anyone as a No. 1 pitcher but Francisco Liriano isn’t the same No. 2 that we’re seeing with some other pitchers we’ve featured.

But here’s a fun fact: As good as the Royals bullpen was in 2015, the Pirates ‘pen had the lowest ERA in 2015. So, it’s doubtful that Lee would have to go deep into many games.

While Pittsburgh’s last two postseason have ended in complete game shutouts in the Wild Card game, they’ve made the playoffs in each of the last three seasons. Winning the division would be an obvious goal and making the rotation deeper is a good way to do that.

Additionally, a deep rotation is also a necessity if you’re going to go on a deep playoff run from the Wild Card game. In either situation, Lee helps.

Something else that works in the Pirates’ favor is how well Clint Hurdle and Ray Searage have done at getting max production out of pitchers that are either at the end of their careers or coming off of an injury.

As if all of that wasn’t enough, his history at PNC Park isn’t vast (two starts), but it’s impressive.

This is a match made in Heaven. Cliff Lee would work well with any of the aforementioned, but a better fit than the Pirates isn’t out there.