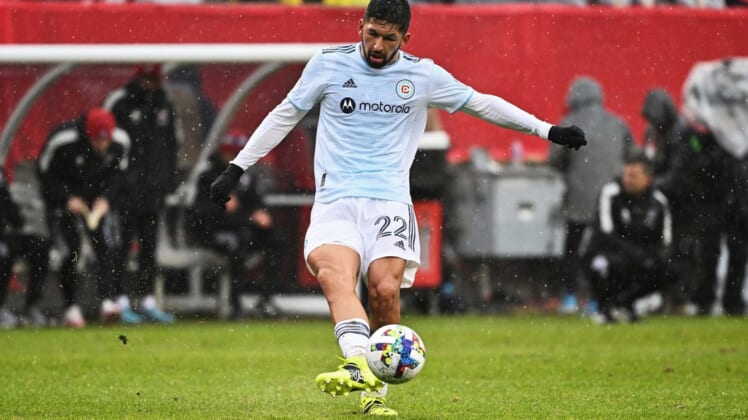 The Chicago Fire will look to remain unbeaten when they visit Orlando City SC on Saturday.

Chicago (2-0-3, 9 points) is one of three MLS teams yet to take a loss, along with the Philadelphia Union and Los Angeles FC. The Fire have conceded just one goal and recorded four shutouts through the first five games. They’ve scored five goals, all coming in their two wins.

It’s the second meeting between the two sides, who played to a 0-0 draw on March 5 in Chicago.

“Doesn’t really change our preparation,” Fire coach Ezra Hendrickson said of the rematch. “We have a way of playing that we’re always going to play, whether we’re at home or on the road. Nothing changes. It’s a benefit to us because it’s a team that we’ve played before so we know them more than before, so to speak. But likewise, they will know what we’re about and what we’re doing also because it’s five games into the season.”

The Fire are expected to be without midfielder Xherdan Shaqiri, who left last Saturday’s draw against FC Dallas in the 19th minute with a calf injury. He did not practice Wednesday, when the team returned to the pitch after a couple of days off.

“We want to be careful, because he’s a very important player for us,” Hendrickson said. “We don’t want to rush that back too soon. We’re monitoring that, and he’s day-to-day right now.”

“For us, it’s an important game,” midfielder Junior Urso said. “We have another chance to show our fans what we want this season. … We have a chance. We have more games in front of us. Let’s try to get three points at home and put ourselves out there on the field.”

Orlando defender Antonio Carlos is out 12 to 16 weeks with a hamstring injury.