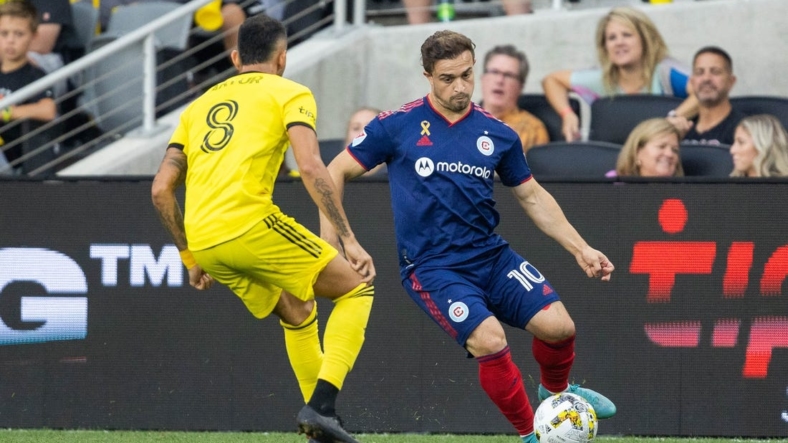 It’s been more than a month since Inter Miami CF won a road match.

It’s been nearly that long since the Chicago Fire scored a goal.

Miami will try to avoid a third straight road defeat, and keep the Fire scoreless for a club-record fifth consecutive match, on Saturday night at Bridgeview, Ill.

“We always want to win, but the important thing at this point in time during the season is not to lose and learn how to take a point away from home,” Miami forward Ariel Lassiter said.

“We believe in ourselves to get three points.”

The Fire played to a scoreless draw in each of their last two contests. However, if the Fire are to keep their faint playoff hopes alive, they must find a way to generate some offense.

“We’re still trying to push (toward the playoffs),” Chicago coach Ezra Hendrickson said. “Right now, the focus is maximizing the points … It’s not improbable. It’s not impossible, but it’s going to take some work from us.”

Injury has kept midfielder Xherdan Shaqiri (four goals in 2022) from starting Chicago’s last two games, but he could on Saturday.

Meanwhile, Miami forward Gonzalo Higuain has managed just one of his team-leading nine goals over his last four matches.

These teams played to a scoreless draw at Fort Lauderdale, Fla., in the 2022 opener in late February.