Finals berth at stake as Sun, Sky clash in Game 5 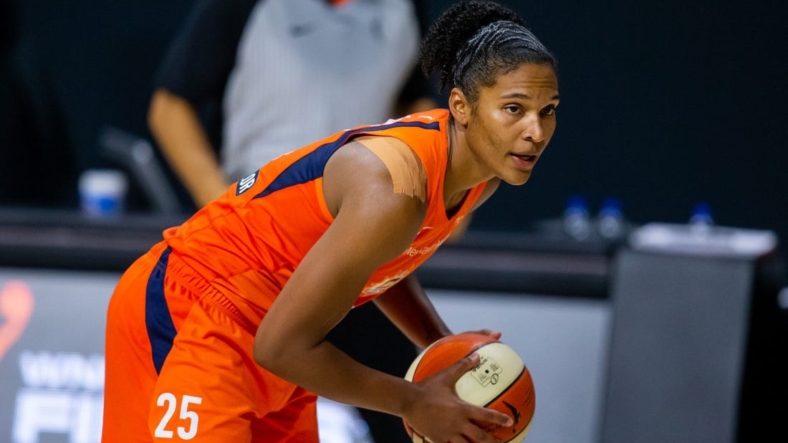 Throughout this WNBA semifinal series with the defending champion Chicago Sky, Connecticut Sun coach Curt Miller has often discussed the need to make the games “messy.”

That is, not allowing Chicago to make its offense the free-flowing operation that often carves up opponents with ball movement, balance and shot-making.

But as Miller said after his team’s 104-80 rout of the Sky in Game 4 Tuesday night in Uncasville, Conn.: “So much for messy.”

The role reversal has set up a dramatic winner-take-all Game 5 Thursday night in Chicago, with the winner earning a trip to Las Vegas for Game 1 of the WNBA Finals on Sunday against the Aces. They eliminated Seattle on Tuesday night.

The Sun shot a season-best 56.9 percent from the field on Tuesday night, setting a WNBA playoff record for most points in the paint with 66.

Connecticut was an offensive juggernaut in Game 4, scoring 58 points by halftime and finishing with six players in double figures. DeWanna Bonner and Courtney Williams each scored 19 points and Alyssa Thomas had 17.

The Sun attacked the lane at will, beating the Sky at their own game.

As for the Sky, they completely fell apart defensively and also were loose with the ball at times with 15 turnovers. The backcourt of Courtney Vandersloot and Allie Quigley has struggled for a good chunk of the series.

They’ll need the duo known as “Vanderquigs” to play as they’ve done for years, and they’ll need another big game from Candace Parker. After dominating most of the series’ first three games, Parker looked mortal Tuesday night, mixing in five turnovers to go along with 11 points and nine rebounds.

“We had too many moments when we weren’t there and weren’t ready,” Quigley said of Game 4.