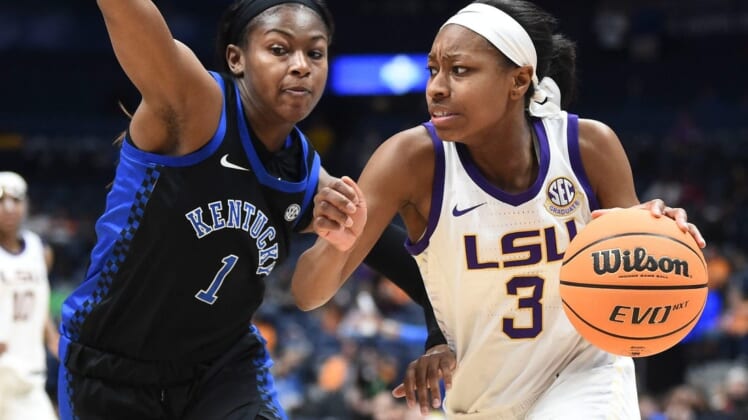 The Las Vegas Aces waived the 2022 second-round draft pick and former LSU star on May 2.

“Khayla’s style was very intriguing during the scouting period when we watched LSU throughout the season and believe she has the potential to make an impact in the WNBA,” Fever interim head coach Carlos Knox said in a news release.

Pointer was a three-time All-SEC selection with the Tigers and earned All-American recognition in 2021-22 after finishing second in the conference in both scoring (19.6 points per game) and assists (5.3).

She is the only player in LSU history, male or female, to accumulate 1,500 points, 500 rebounds and 500 assists in a career.