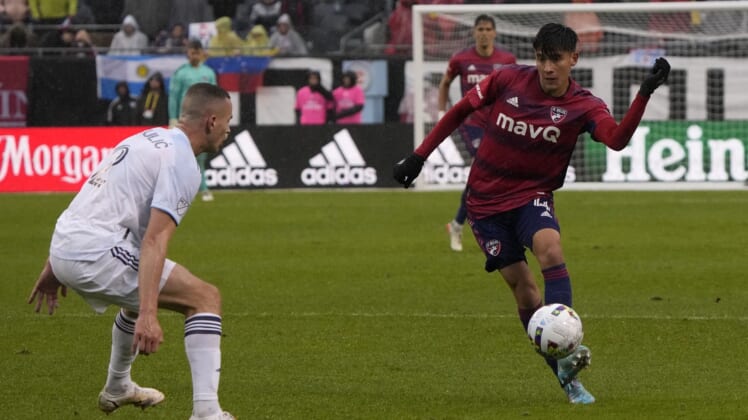 The Chicago Fire and visiting FC Dallas both struggled to produce clear offensive opportunities in a rainy 0-0 draw on Saturday afternoon.

Dallas’ Maarten Paes and Chicago’s Gabriel Slonina each needed only one save to preserve their shutouts on a day the hosts led 9-5 in overall shots.

The visitors earned their first point away from home despite missing winger Paul Arriola. Although not listed as injured on the availability report for Dallas (2-1-2, 8 points), the American international was not on the gameday roster.

He also didn’t dress for the United States’ final World Cup qualifier on Wednesday after scoring and playing the first half in a 5-1 win over Panama on Sunday.

For Chicago (2-0-3, 9 points), Switzerland international and former Liverpool star Xherdan Shaqiri left injured after 19 minutes in his fifth MLS game, and his first since returning from international duty.

The draw was the Fire’s second in four home games, and third scoreless tie of the season overall. Defensively, Chicago has already kept half as many clean sheets (four) under first-year manager Ezra Hendrickson as they did in all of the 2021 campaign.

Neither side put a first-half shot on target, and Chicago’s best chance of the game also missed the mark in the 55th minute.

Boris Sekulic made a slaloming run in from the right and cut back past one defender to free himself on the left side of the penalty area, but then dragged a shot with his weaker left foot wide of the near post.

But it took 88 minutes before Dallas finally got a shot on target when Nanu ran onto Edwin Cerrillo’s gorgeous diagonal ball on the right side of the penalty area.

Nanu scuffed his attempt, leaving an easy save for Slonina.