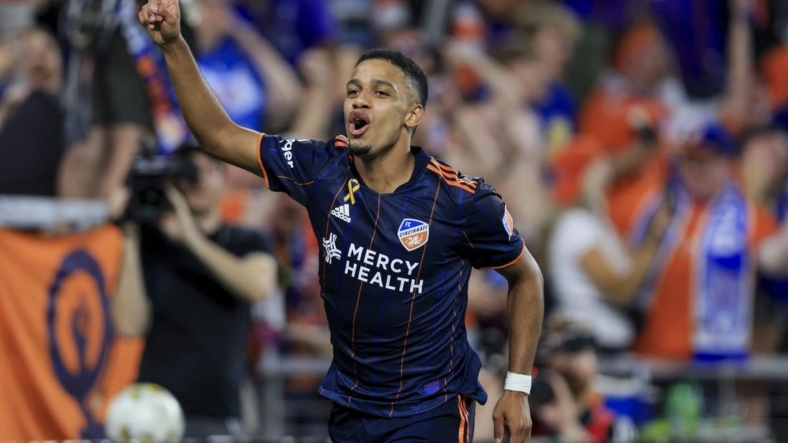 FC Cincinnati will try to move closer to their first MLS playoff appearance in club history when they visit a Real Salt Lake squad also fighting to stay in the playoff picture in Sandy, Utah.

After finishing last in the Eastern Conference their first three MLS seasons, Cincinnati (10-8-12, 42 points) enters the weekend in sixth place in the fight for seven East playoff berths. The club is coming off a 6-0 home victory over San Jose last Saturday.

First-year coach Pat Noonan’s side also has a game in hand on two of the first three teams beneath the playoff line.

“Right now, we’re a playoff team,” Noonan said this week. “It’s our job to stay there. Nothing else matters if we win games, so that’s as clear as I can be to the group.”

Cincinnati is one of a handful of MLS teams with multiple double-digit scorers. Brenner’s hat trick against San Jose took the Brazilian to 12 on the season, and Brandon Vazquez leads the team with 16. Luciano Acosta leads MLS with 18 assists to go with eight goals.

If there’s a criticism, it’s that FCC draw too often, including in 11 of their last 15 games. That’s why the postseason is still uncertain despite a nine-match unbeaten run.

Salt Lake (11-10-10, 43 points) hasn’t scored during a three-match winless run that has put their once comfortable playoff outlook in jeopardy. And RSL are only three points above the playoff line in seventh in the West in part because of a lack of offensive options. Sergio Cordova’s relatively modest total of eight goals leads the team.

Even so, coach Pablo Mastroeni was reasonably pleased with the performance — if not the result — in a 0-0 home draw to D.C. United last weekend, and the first 60 minutes of a 3-0 loss at Austin FC.

But the latter unraveled late when Moussa Djitte came off the bench to score Austin’s first-ever hat trick, leaving Mastroeni upset with his team’s emotional response.

“I think ‘frustrated’ is putting it nice,” Mastroeni said postgame. “You’ve got to compete the right way. This has got to mean something. You’ve got to give everything you (have), you’ve got to sacrifice your body, you’ve got to be willing to go out here and lose your head.”