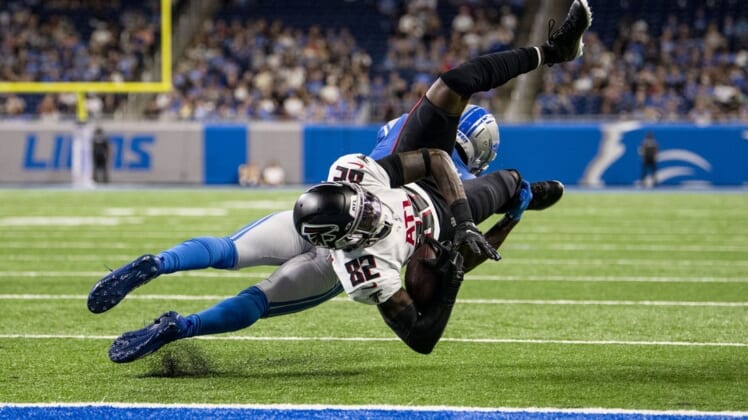 The Atlanta Falcons released veteran wideouts Geronimo Allison and Auden Tate on Tuesday, the deadline to get active rosters down to the required 80 players.

Both players were offseason signings, part of the Falcons’ rebuilding effort to shore up a position group stung by the season-long suspension of Calvin Ridley (betting).

The team also acquired Bryan Edwards in a trade with the Las Vegas Raiders and drafted Drake London of Southern California with the No. 8 overall pick in this year’s draft. The pair, along with Olamide Zaccheaus, are pegged as the starters.

KhaDarel Hodge, Frank Darby, Damiere Byrd and Jared Bernhardt will battle it out for the final one or two WRs to make the team.

Allison, 28, played in three games last season with the Detroit Lions and did not record a catch on two targets. He caught 89 passes for 1,045 yards and six touchdowns in 46 games (14 starts) with Green Bay from 2016-19.

Tate, 25, spent his first four seasons in Cincinnati after being a seventh-round pick of the Bengals in the 2018 draft. He has 61 career receptions for 799 yards and two scores in 35 games (12 starts).