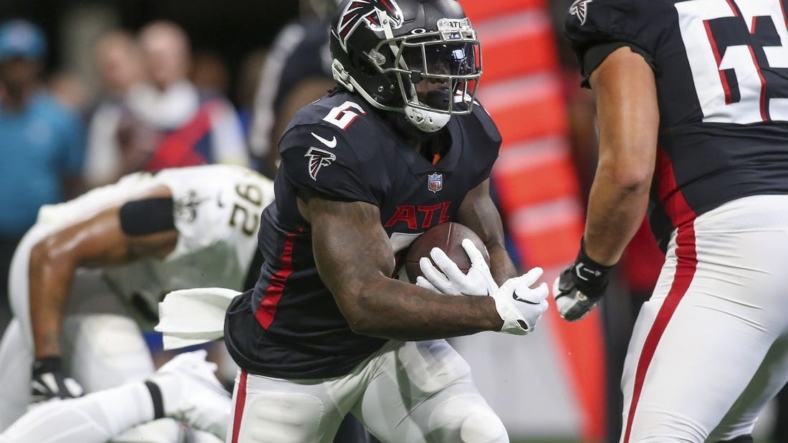 Atlanta Falcons running back Damien Williams has been ruled out of Sunday’s game against the Los Angeles Rams due to a rib injury.

Williams was injured during last week’s loss to the New Orleans Saints. He had two yards on two carries.

Cordarrelle Patterson handled the bulk of the running chores due to Williams’ injury and finished with career highs of 22 carries and 120 rushing yards. He also scored a touchdown.

Rookie Tyler Allgeier likely will be activated for the contest against the Rams. The fifth-round pick out of BYU was inactive for the 27-26 loss to the Saints.

Williams, 30, is in his eighth NFL season. He has been a journeyman for most of his career but was expected to receive a bigger workload with the Falcons.

But he had a big postseason that year by rushing for 196 yards and four touchdowns and catching 11 passes for 94 yards and two touchdowns in three games. He stood out in Super Bowl LIV with 104 yards and one touchdown on 17 carries and four receptions for 29 yards and another score as the Chiefs beat the San Francisco 49ers.