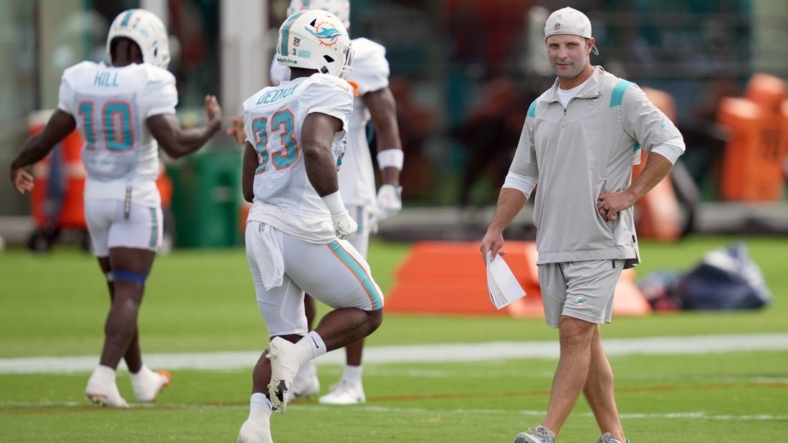 Retired NFL wide receiver Wes Welker took to Twitter on Saturday to blast the NFL over its response to a claim he filed seeking disability benefits.

Welker, now on the coaching staff of the Miami Dolphins, shared a letter he received from the NFL that asked for evidence to prove surgeries he has undergone since retirement were related to on-field injuries.

“@NFL I don’t have the time or patience for this,” Welker wrote. “Been an employee of the NFL for 18 years and still going. This is bush league stuff!.”

The Disability Initial Claims Committee, according to the letter, set aside his application and asked Welker to provide more information, stating his application had a “lack of supportive documentation” regarding his surgeries.

“Specifically, there were no records reflecting that the surgeries were performed as a result of injuries sustained while playing in the NFL,” the letter reads, in part.

?@NFL? I don’t have the time or patience for this. Been an employee of the NFL for 18 years and still going. This is bush league stuff! pic.twitter.com/kcOfuSStx3

Welker was given a deadline of Oct. 10 to update his application.

Welker, 41, was a two-time All Pro and selected to five Pro Bowls, all with the New England Patriots. He sustained a variety of injuries during his career, including to his back and a torn left ACL and MCL, as well as multiple concussions.