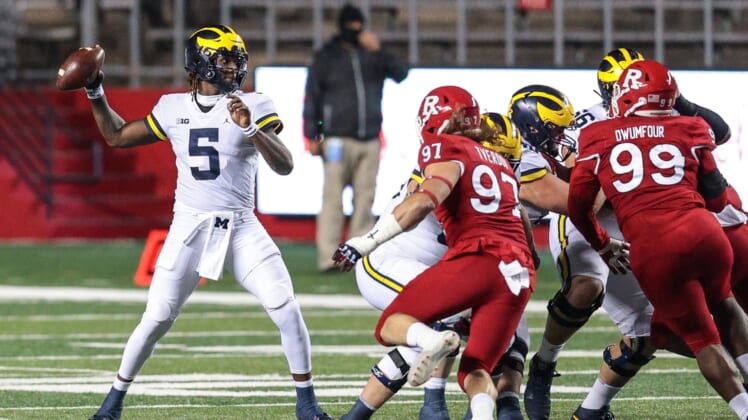 While new coach Josh Heupel hasn’t confirmed the move, Tennessee-focused website Volquest confirmed he is listed in the school’s student directory. He is expected to begin classes during the summer semester.

Milton is a graduate transfer but has three years of eligibility remaining. He announced his decision to enter the transfer portal in February on Twitter.

Milton was named the Wolverines starter for 2020 before being replaced by Cade McNamara for the final two games of the season. Milton completed 56.7 percent of his passes for 1,077 yards with four touchdowns and four interceptions.

The Volunteers were 3-7 and fired coach Jeremy Pruitt after the season following an investigation into allegations of recruiting improprieties. The quarterback position never was settled in 2020, with Pruitt using five quarterbacks, each of whom appeared in four or more games.

Jarrett Guarantano, who took most of the snaps for Tennessee last season, transferred to Washington State, and JT Shrout moved on to Colorado. Still, with the addition of Milton, Tennessee’s quarterback room would be a who’s who of former standout high school players, including returnees Harrison Bailey and Brian Maurer, and Virginia Tech transfer Hendon Hooker.