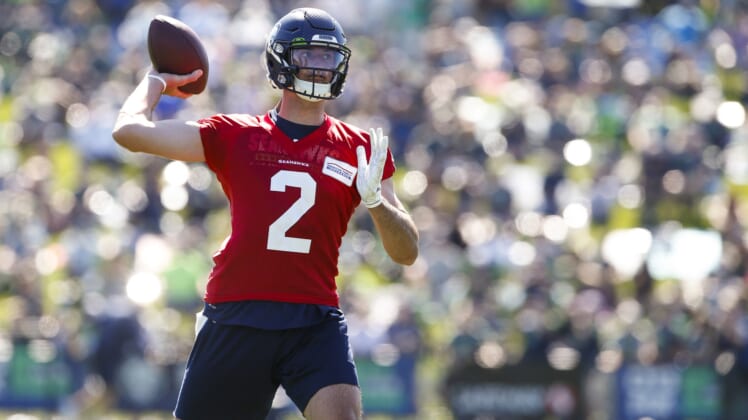 Paxton Lynch was the first-round pick of the Denver Broncos back in 2016, but it seems he doesn’t have many fond memories of his time spent with the team that drafted him.

Following three failed seasons in Denver, Lynch was released this past offseason. He landed in Seattle with the Seahawks and is currently fighting for a roster spot.

Though Lynch isn’t a top player in Seattle, he clearly feels welcomed by the club. Speaking on this topic, he also seemed to throw a bit of shade Denver’s way comparing the two franchises.

Reading between the lines here, it’s easy to see that Lynch didn’t feel that Denver fostered a family environment. The words, “feel so much more welcome” speak volumes about how Lynch feels the Broncos treated his family.

It’s worth pointing out that Lynch’s experience in Denver came with some vastly different expectations than what he’s dealing with in Seattle. He was drafted to become the Broncos franchise quarterback but never lived up to the hype. There is a chance that his own struggles with that reality factors in to how he remembers his time in Denver.

That being said, it’s also worth pointing out that Pete Carroll has a reputation for fostering an extremely tight locker room. So it’s not surprising that Lynch is feeling the love.