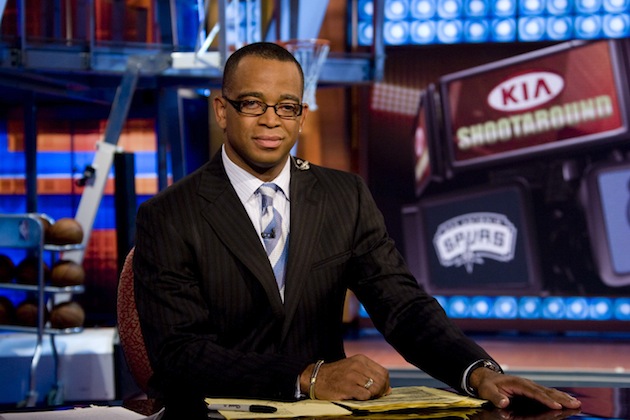 Ernie Johnson of TNT was honored at the Sports Emmy Awards on Tuesday. Then the long-time anchor made a move that caused tears to spring from eyes throughout the auditorium.

Having just won the Emmy for best studio host, Johnson turned around and gave his award to the daughters of the late, great Stuart Scott, who passed away due to cancer this past January.

Johnson is nothing if not a class act.

Already knew that Ernie Johnson is a wonderful guy, but giving his Emmy to Stuart Scott's daughters takes a special brand of humanity…

Respect to @TurnerSportsEJ, for giving his Emmy award to the daughters of the late Stuart Scott. Pure class.

Scott will be missed dearly. His memory will live on for years to come, however, and the selfless action of Johnson only further seals it into our minds.