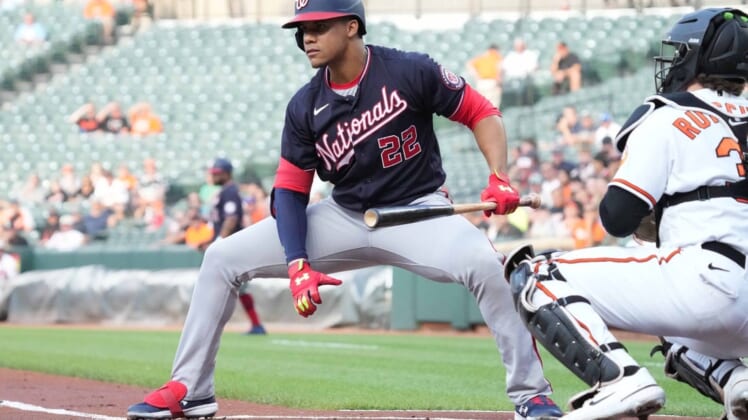 Erick Fedde worked six splendid innings to propel the visiting Washington Nationals in a 3-0 victory against the Baltimore Orioles on Tuesday night to open a two-game set.

Kyle Finnegan, Carl Edwards Jr. and Tanner Rainey each pitched an inning to complete the combined three-hitter. Rainey registered his eighth save.

Lane Thomas homered for the Nationals.

Fedde (5-5) gave up just two hits and one walk while striking out four. The Nationals recorded their third shutout of the year, with Fedde involved in the past two.

The Nationals, who’ve won two games in a row following an eight-game losing streak, scored one run in each of the first two innings.

Nelson Cruz’s two-out double drove in Cesar Hernandez, who led off the game with a double, with the first run.

Hernandez hit a fielder’s choice grounder in the second inning that resulted in the next Washington run. That threat was set up by Keibert Ruiz’s leadoff double.

Thomas’ solo homer came with two outs in the ninth off reliever Keegan Akin. It was his eighth home run of the season.

Adley Rutschman doubled with two outs in the seventh for Baltimore, marking the only time an Oriole reached second base.

The Orioles had won three of their previous four games, but they slipped to 17-17 in home games with Tuesday night’s result.

Despite frequent struggles on offense, it was the first time this month that the Orioles have been shut out, They’ve also had two losses with one run and a 1-0 victory in June.

Three of Washington’s six hits went for doubles. Thomas went 2-for-4 and he was the only player in the game had more than one hit.