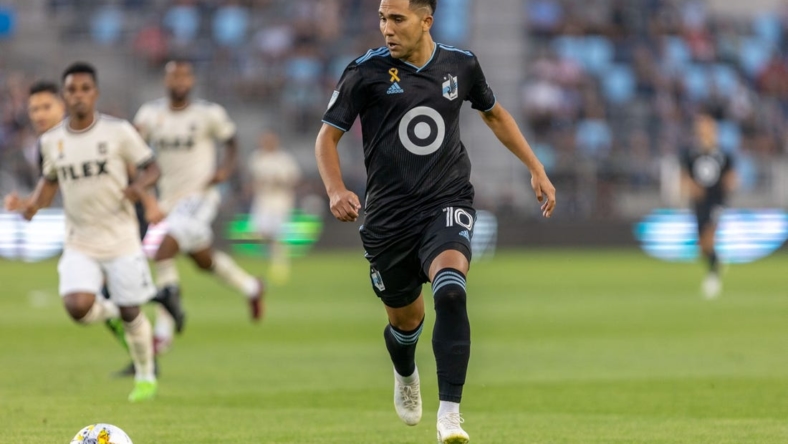 Minnesota United will hope securing star attacker Emanuel Reynoso to a three-year contract extension can spark them into a late-season and postseason push, beginning with Saturday’s visit to the San Jose Earthquakes.

And no team may be more directly tied to one player’s effectiveness than the Loons are to Reynoso’s. Minnesota has won five of seven games when the Argentine has scored and has a 4-0-1 record when he provides a primary assist.

United are winless in their last five but can still secure a playoff spot with a win and some help elsewhere. Their slide is likely at least partially related to Reynoso’s recent limited availability. He served a yellow-card accumulation suspension and a red card suspension in two of those five games.

The Earthquakes (7-15-10, 31 points) are left playing for pride under interim coach Alex Covelo, as they’ve already been ruled out of the playoffs for the eighth time in 10 seasons.

But San Jose still has given their fans plenty of value, going 6-4-6 at home and playing an attacking style that has seen 29 goals scored in their 16 home games. Jeremy Ebobisse has blossomed into a top-level MLS striker in his first full season in San Jose, scoring a career-best 16 goals.

Saturday also marks the final home game for retiring defender Shea Salinas, the club’s all-time assists leader who has spent 13 of 15 MLS seasons with the Quakes.

“There is nothing better than to finish the season at home with a victory,” Covelo said. “I think we are going to play for our families.”