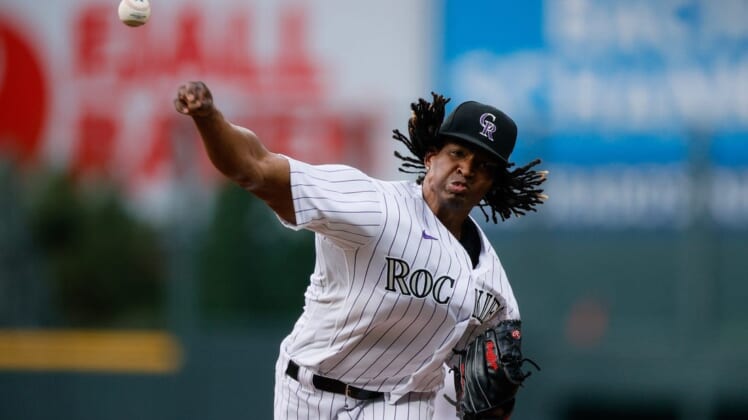 Wynton Bernard added two hits for Colorado, which snapped a five-game losing streak. Jose Urena tossed 6 2/3 effective innings for the win, and Daniel Bard struck out three in the ninth for his 25th save.

Joc Pederson homered among his two hits for the Giants, who have lost three straight.

The Rockies got to San Francisco starter Alex Wood early in the game. Randal Grichuk led off the second inning with a single, and Montero followed with his first homer of the game to put Colorado ahead 2-0.

Colorado struck again in the fourth inning. Wood retired the first two batters before Joe homered to left field, his sixth of the season, and then the Rockies blew it open in the fifth.

Bernard led off with a double and Jose Iglesias also doubled to make it 3-0. Wood struck out Brendan Rodgers and got C.J. Cron to line out, but Grichuk walked to keep the inning alive.

Montero then homered to left-center field to chase Wood. It was his third long ball of the season.

Urena cruised through the first five innings, allowing only a one-out single to Pederson in the first. Pederson got to him in the sixth when he hit a solo homer down the left field line to put San Francisco on the board.

It was Pederson’s 18th of the season.

The Giants mounted a rally in the seventh inning with some help from Colorado pitchers. Mike Yastrzemski drew a one-out walk, and Brandon Crawford hit a two-out single to center.

Gilbreath struck out Pederson to end the threat.