After a wild stretch of results to begin March Madness, the Sweet 16 features a handful of expected teams and a large group of upset-minded programs. In the eight games, we’ll closely be watching one player who can make the biggest difference.

Some of these players are well-known, but they’re mostly complementary pieces on the roster. Since the impending matchup will be challenging, key contributors must reinforce that billing to give their respective team a winning edge.

In a tournament full of surprising results, perhaps it would only make sense for a No. 9 seed to beat Kentucky. Kansas State absolutely will have an opportunity if Shai Gilgeous-Alexander doesn’t protect the ball. He’s done a decent job in two NCAA contests so far, providing 46 points and 13 assists compared to five turnovers. But when the point guard loses the ball four-plus times in a game, Kentucky is 2-5. Kansas State’s opponents have the 39th-worst turnover percentage in the country, so Gilgeous-Alexander must not waste UK’s possessions.

Yes, Clayton Custer is the leading scorer. But in the five games he missed this season, Loyola went 2-3. The Iowa State transfer doubles as the Ramblers’ glue. Custer has made 6-of-8 threes and 9-of-15 shots overall during the NCAA tournament, also dishing seven assists. While those aren’t massive numbers, he’s also come up clutch. Custer hit a game-tying three opposite Miami in the first round and the game-winning bucket against Tennessee. Regardless of whether he needs to repeat those heroics in the Sweet 16, the Ramblers need an efficient performance from Custer to dispatch Nevada. 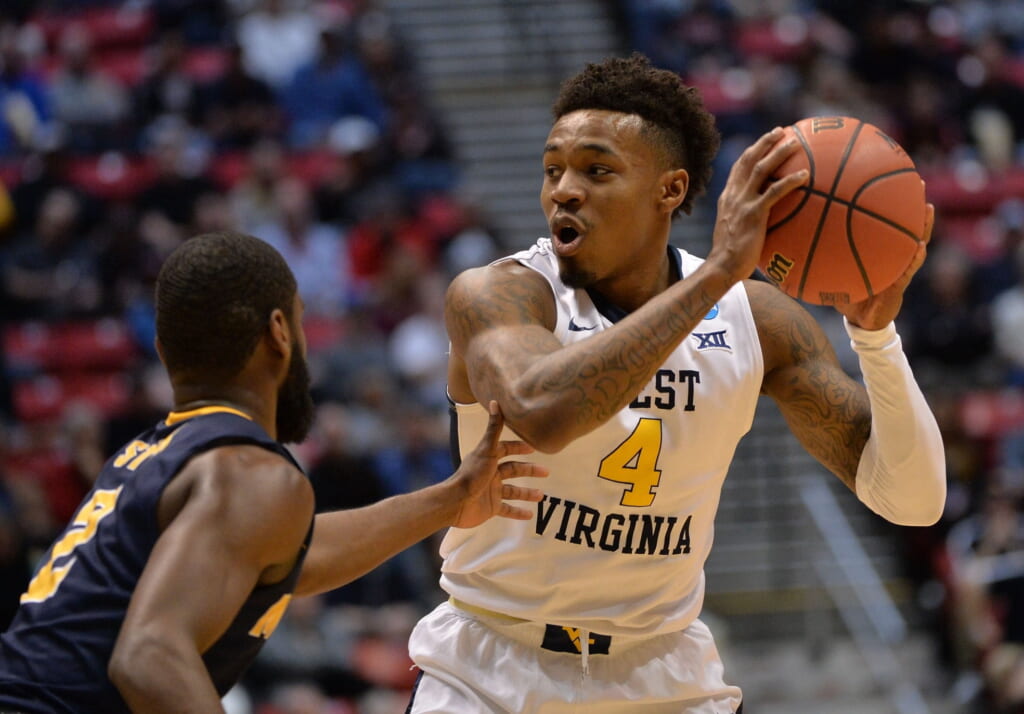 The simple truth is no one West Virginia player can help the team overcome top-seeded Villanova. But without a major contribution from Daxter Miles, it’s unlikely the Mountaineers will have a chance. Miles has reached the 20-point mark seven times in 2017-18, and WVU went 5-2 in those contests with both losses to Kansas. Plus, the ‘Eers are 14-2 when he connects on 40-plus percent of his threes — again, only losing to Kansas. Unless they can force Villanova into uncharacteristic turnovers, Miles must be a scoring threat throughout the game for West Virginia to keep it close.

Braian Angola is an “all or nothing” kind of shooter. In 33 appearances this season, he’s posted a three-point percentage of 40 percent or higher 18 times. Not only are the other 15 are below that mark, Angola failed to make any trifecta in 10 — 10! — of them. Florida State’s records are 15-3 compared to 7-8 during the highs and lows of Angola’s performance, respectively. On the bright side, he has a relatively favorable opportunity in the Sweet 16. Gonzaga ranks 194th nationally in three-point defense. Angola’s production could lift the ‘Noles past the West Coast power.

Devonte’ Graham is the undisputed star, but Kansas’ struggles often align with a disappointing night from Svi Mykhailiuk. The senior sharpshooter has buried a career-best 45.5 percent of his threes this season. However, five of the Jayhawks’ seven losses have occurred when Mykhailiuk converts on one-third or less of his long-range attempts. Kansas is set to meet Clemson, which has limited opponents to a 32.0 percent three-point rate over the last six games. Mykhailiuk breaking the trend is pivotal to the Jayhawks avoiding an upset. 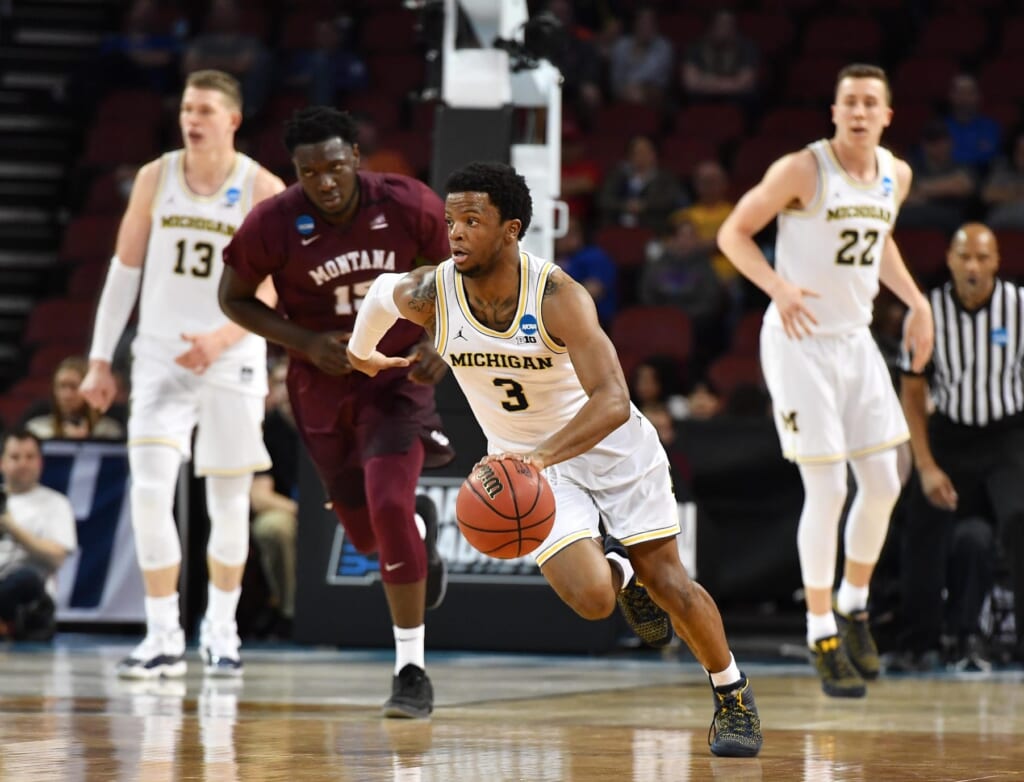 The box score isn’t always pretty, but Zavier Simpson regularly provides an impact for third-seeded Michigan. He averages 7.3 points, 3.6 assists and 3.2 rebounds and is also a tremendous defender. Interestingly, when he snatches at least one steal, the Wolverines boast a 22-2 record. Texas A&M doesn’t have a dominant passer in the backcourt, but both Admon Gilder and TJ Starks dish a couple of assists per game. Simpson will be tasked with guiding the Michigan offense while limiting one key player for the Aggies.

No matter whether Isaac Haas is available for Purdue, the Sweet 16 matchup will be a small-ball showdown. Zhaire Smith could offer the winning advantage, though. Texas Tech’s star freshman collected 18 points, nine rebounds and seven assists against Florida to reach this round, and his involvement on offense could also help the Red Raiders in another way. Purdue narrowly avoided an upset while Vincent Edwards dealt with foul trouble. If Smith can put Edwards in a similar situation, the Boilers would need to survive extended minutes without their most versatile player.

Michigan State missed 29 of its 37 three-pointers against Syracuse, and that’s the simple reason why the third-seeded Spartans are no longer in the tournament. Despite surviving the Orange during the regular season, Duke had a similarly rough time. The Blue Devils only connected on two of their 18 tries. Between Grayson Allen and Gary Trent Jr., they finished 1-of-12. The latter tends to be a streaky shooter, so if he’s able to consistently knock down shots against Syracuse’s zone defense, Duke could cruise past its ACC nemesis.