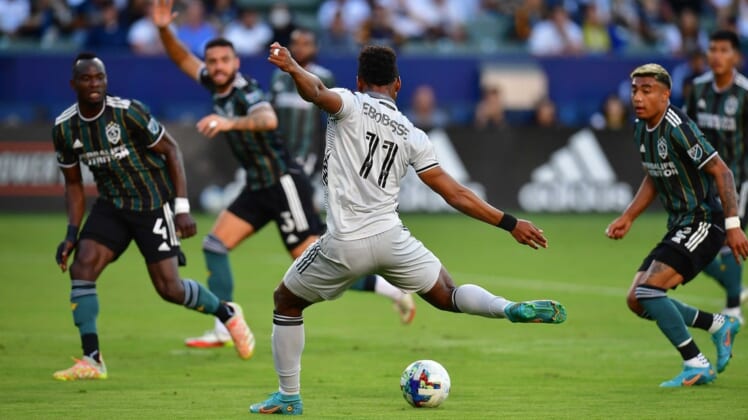 The San Jose Earthquakes will look to run their home unbeaten stretch to nine matches Sunday night when they battle the Houston Dynamo.

Since falling to the New York Red Bulls in their season opener on Feb. 26, the Earthquakes are 4-0-4 at home.

“It’s important to keep it in perspective while appreciating the level of accomplishment and the level of desire that it took to get this victory,” San Jose star forward Jeremy Ebobisse said. “Three goals in Carson with this rivalry is never easy. Now we have to build off of it.”

Ebobisse scored his 11th goal of the season, tying him for second in the league entering Saturday’s play.

The Dynamo have dropped seven of their nine road matches this season, including Tuesday’s 3-1 setback against Austin FC. Midfielder Coco Carrasquilla scored the team’s lone goal.

“We’ve got to get back in business and get better, that’s the bottom line,” Nagamura said. “It’s a road trip against a team that is playing much better lately.

“We need to find an extra gear. If we’re working 100 percent, that’s not going to do the job. We need to go there and work at 200 percent because that is the only way to turn this thing around.”

Ferreira scored twice on April 9 when Houston posted a 4-3 home win over the Earthquakes. Ebobisse also had a brace for San Jose.