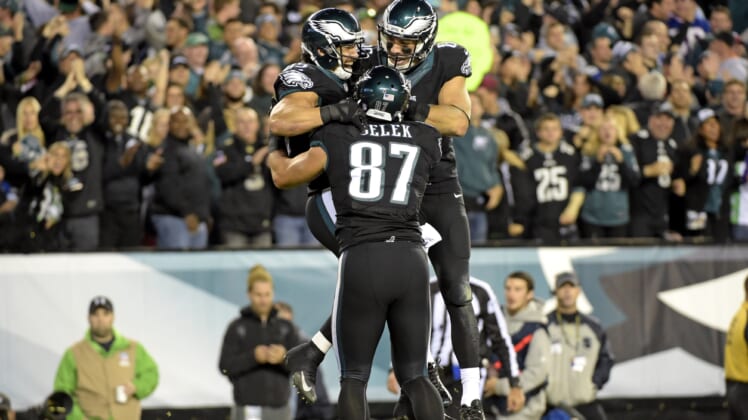 Philadelphia Eagles star tight end Zach Ertz plans to play through the pain Sunday when his team hosts the Seattle Seahawks in the wild-card round of the playoffs.

ESPN’s Adam Schefter shared a tweet from Derrick Gunn of NBC Sports that Ertz has been cleared to play, noting he’s “expected” to be in the lineup on Sunday.

Previous reports indicated Ertz might have to miss this round due to his injuries. But clearly, the team’s best receiving option at this time isn’t interested in letting pain get in the way of helping his teammates.

Appearing in 15 regular-season games for the Eagles this season, Ertz hauled in 88 passes for 916 yards and six touchdowns. And of late, with injuries piling up to Philly’s receiving corps, he’s been the go-to receiver for Carson Wentz in the clutch.