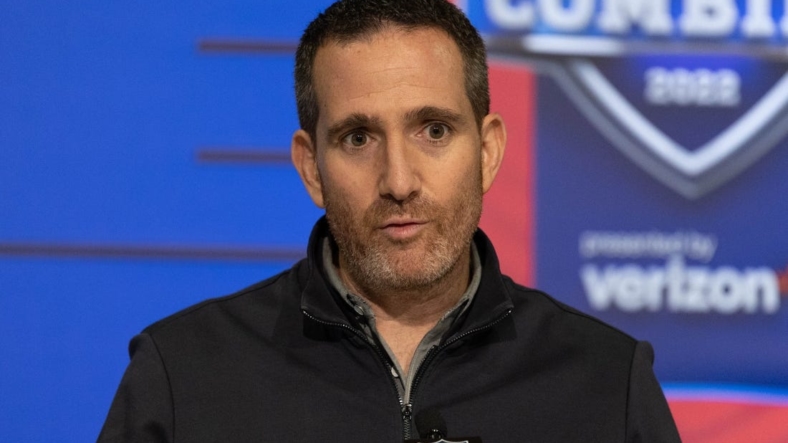 Philadelphia Eagles general manager Howie Roseman admitted Tuesday he should have selected Justin Jefferson instead of Jalen Reagor in the first round of the 2020 NFL Draft.

Roseman made the comments in an interview on 94WIP-FM radio, one week after trading Reagor to Minnesota to join arguably the No. 1 receiver in the league — Jefferson. The Eagles took Reagor No. 21 overall in that draft, and Jefferson went next to the Vikings.

“It’s obvious, I’m not going to sit here and lie, we’d love to have that moment back,” Roseman said. “I can’t go back in time and change it. All I can do is to try and learn from it and get better.”

“I think a lot of the message there is, we just have to take the best players at all times,” Roseman said. “We don’t have to worry so much about fit or what we have on the team. … We were looking for a specific role as opposed to just grading the players. That’s on me, 100 percent. At the end of the day, I’m responsible for all of that. But I also promise you one thing, if I make a mistake I’m going to do everything in my power to make it up.”

Roseman shipped Reagor to Minnesota for a seventh-round pick in 2023 and a conditional fourth-rounder in 2024. The 2024 pick will become a fifth-round pick if certain statistical marks aren’t met.