E.J. Manuel acknowledges his future in Buffalo is in jeopardy

Ever since being drafted by the Buffalo Bills in 2013, quarterback E.J. Manuel has struggled to live up to the expectations of a first-round draft pick.

That he’s been taking reps with the third-string players is a clear sign the young quarterback’s future in Buffalo could be in jeopardy. Manuel acknowledged on Monday that he must improve in order to keep his job.

“At the end of the day, if I play well, it should take care of itself,” Manuel told John Wawrow of The Associated Press. “Whether it’s here or whether it’s somewhere else, I don’t know.”

As it stands now, Manuel sits far behind quarterback Tyrod Taylor, who appears to be on track to start in Thursday’s second preseason game. Matt Cassel was thought to originally be ahead in the heated quarterback battle, but he has since fallen out of favor and is now taking snaps with the second team this week.

At this point, Manuel has fallen completely out of any quarterback-competition conversations.

There is something that Manuel can do about it—he can play better.

When asked if he has ever thought about playing for another team should things not work out with the Bills, Manuel conveyed that he’s focused solely on the here and now.

“I haven’t,” adding “I don’t know how that works. But I also understand the business of it. I don’t know. All I can do right now is continue to play well.”

Since being drafted by the Bills, Manuel has dealt with lingering knee injuries which have deterred his progress. Reportedly, he still has the support of general manager Doug Whaley, however his new coaching staff (Rex Ryan) seems to prefer Taylor as the starter. 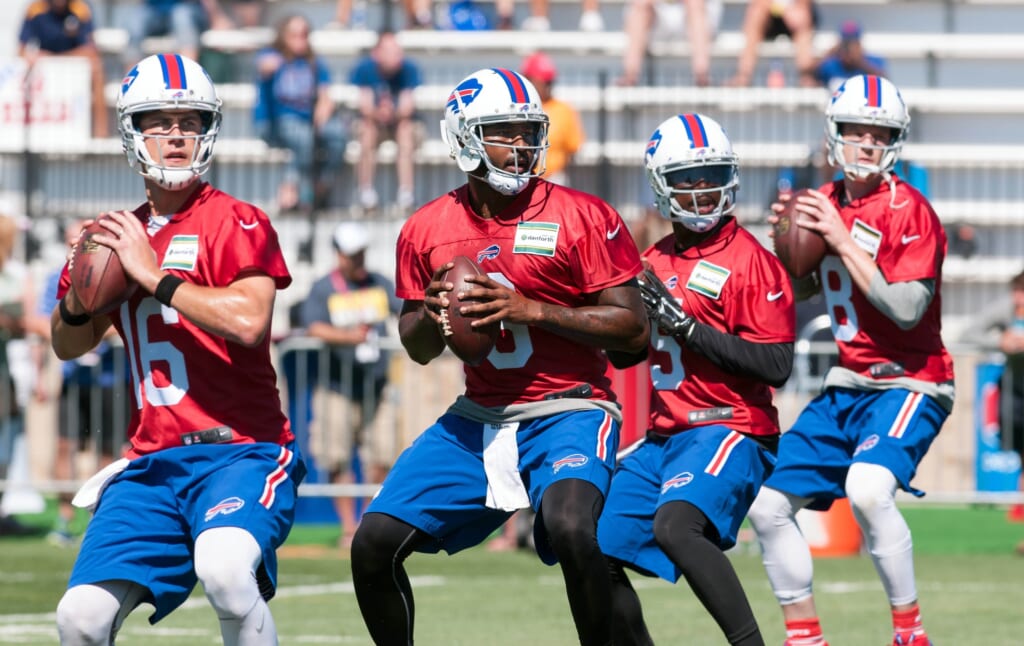 By the looks of things, Manuel is fighting to keep a spot on the team’s final 53-man roster. And, there is the money factor that the Bills have to consider when considering whether he stays or is released.

This situation is a prime example of how a talked-up first-round draft pick can so often lose his dazzle when failing to impress after two trying seasons. Then, there is the flip side where unheralded draft picks such as Seattle Seahawks quarterback Russell Wilson turn out to be gold mines.

You just never know when it comes to the way some things work out in the NFL.