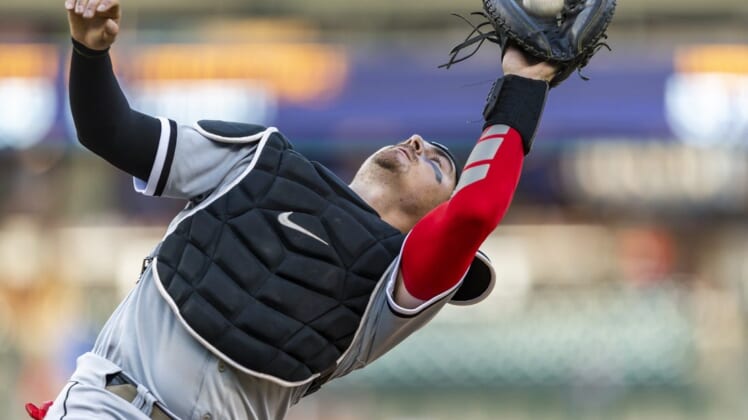 Andrew Vaughn had four hits and Dylan Cease recorded another win over Detroit as the visiting Chicago White Sox downed the Tigers 5-1 on Tuesday night.

Vaughn, who walked in his other at-bat, scored a run and drove in another. Luis Robert had two hits and knocked in two runs, while AJ Pollock notched his sixth consecutive multi-hit game and scored two runs.

Cease required 108 pitches to get through five innings, allowing a run on seven hits while striking out eight. He’s 10-0 in 11 career starts against Detroit.

Detroit’s Drew Hutchison, called up from Triple-A Toledo earlier in the week, gave up two runs on five hits in four innings. Victor Reyes and Harold Castro had three hits apiece, but the Tigers lost for the fourth time in five games.

The White Sox loaded the bases in the first with an infield single and two walks, but Hutchison got out of trouble by striking out Leury Garcia.

The Tigers scored a run in the bottom of the inning. Reyes and Castro hit back-to-back singles, and Austin Meadows walked with one out to load the bases.

After Javier Baez struck out, Cease tried a pickoff at second with Robbie Grossman batting. The throw went into center field, allowing Reyes to score.

Chicago scored twice in the second. After Hutchison set down the first two batters, Danny Mendick, Pollock, Vaughn and Robert hit consecutive singles, with the latter two producing the runs.

The White Sox made it 4-1 in the fifth against Wily Peralta. Vaughn led off with a single and Robert was hit by a pitch. One out later, Yoan Moncada dunked a double to right to knock in Vaughn. Garcia hit a sacrifice fly to plate Robert.

Chicago added a run in the sixth against Tyler Alexander. Pollock hit a double, moved to third on Vaughn’s single and scored on Robert’s single.