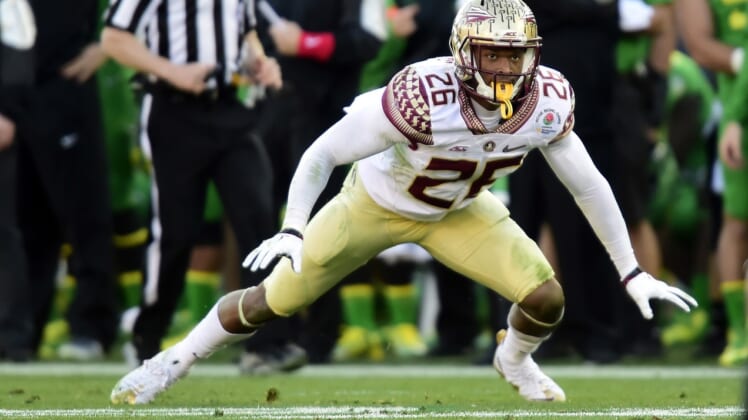 The last thing an NFL draft prospect needs in the months leading up to the event is an arrest. One tangle with the law can instantly be a negative hit on the player’s stock, causing him to be drafted much later than originally expected.

One such player is former Florida State cornerback P.J. Williams, who was arrested in early April on suspicion of DUI.

Williams plead not guilty to the charges. And while his attorney wasn’t confident that the case would be adjudicated prior to the draft, that is how things played out on Monday.

According to NFL.com’s Mike Huguenin, the state attorney’s office had this to say about the decision:

Upon review of the video evidence from the law enforcement officer’s patrol vehicle, as well as the video evidence obtained from the Leon County Jail, the state is unable to determine whether Williams was driving the vehicle in question or that he was actually under the influence of alcohol.

Williams is not one of the draft’s top cornerbacks. He totaled 123 combined tackles at Florida State, along with nine tackles for a loss, one sack, four interceptions and 18 passes defensed in three seasons. He is expected to go on the second day of the draft, though there was some concern he could fall an additional round or two because of the arrest.

Now that the charges have been dropped, Williams won’t be facing discipline from the NFL. That should make interested teams feel more confident about drafting him.