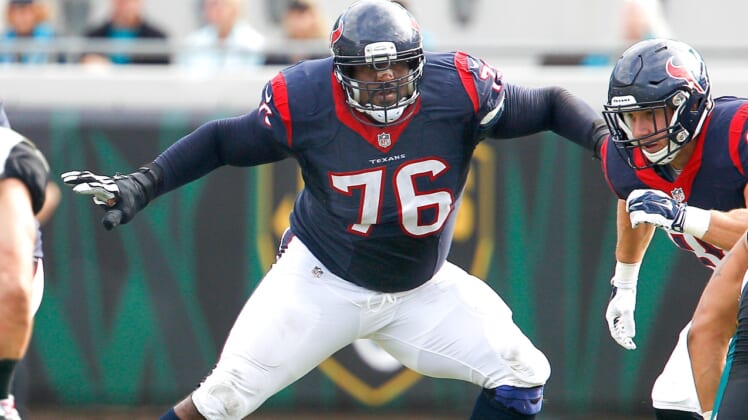 The Houston Texans have a disgruntled offensive lineman in left tackle Duane Brown, who is reportedly skipping OTAs over a contract dispute.

“Texans veteran offensive tackle Duane Brown is absent from a voluntary organized team activity due to displeasure with his contractual situation, according to league sources with knowledge of the situation,” wrote Aaron Wilson of the Houston Chronicle.

Brown, a nine-year veteran who has earned First-Team All-Pro honors once and is a three-time Pro Bowler, has started 132 games throughout his career, all spent with Houston. Originally a first-round pick out of Virginia Tech, he’s been a mainstay for this organization as an anchor on the offensive line.

So it’s hardly surprising Brown is looking for a new deal — one that will guarantee at least part of his pay.