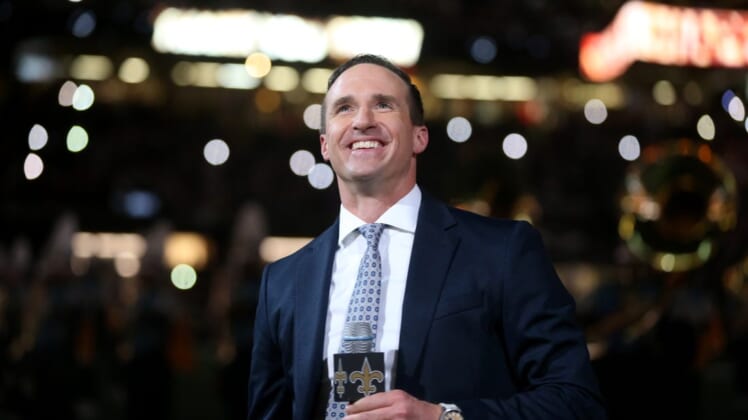 The former New Orleans Saints quarterback and future Pro Football Hall of Fame member spent the 2021 season with NBC, but it was announced earlier this offseason that he wouldn’t return for a second season. And despite speculation he’d wind up with another network, he told The Spun that he’s not taking another job now.

“The reason I didn’t do it this year, from a broadcasting perspective, is my family,” Brees said. “You have to be gone for the weekends, and that’s what I basically did as a player. These are such valuable moments for my kids. I want to be as active and involved in their weekend activities. That doesn’t quite mesh right now with a broadcasting career.”

Brees and his wife, Brittany, have three sons and a daughter.

He told the outlet, however, that he is open to a future career in broadcasting or pursuing a different second act.

“I’ve got so many opportunities and things I’m considering right now. Staying involved with the game of football is one of my priorities, whether it’d be broadcasting or some other capacity,” said Brees, 43.

Brees retired after the 2020 season following 20 NFL campaigns and one Super Bowl championship. He threw for 80,358 career yards and 571 touchdowns — second only to Tom Brady in both categories.