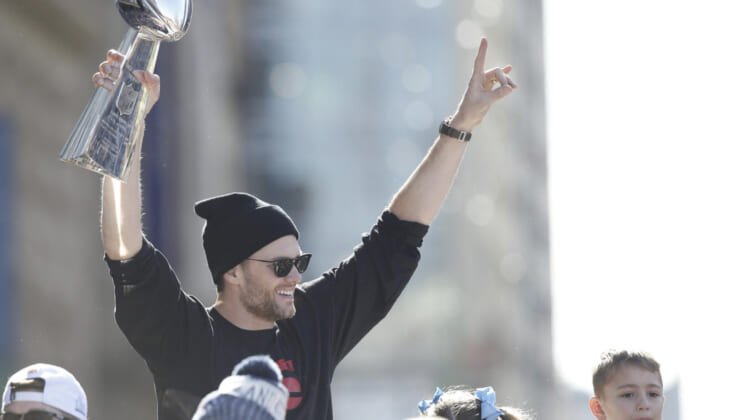 There’s a ton of chatter around NFL circles that Tom Brady will not return to the New England Patriots in 2020, but Drew Brees disagrees.

Speaking on the radio (with WEEI) Thursday morning, Brees said he doesn’t “see him going anywhere,” per Ben Volin of the Boston Globe.

It’s not hard to see where Brees is coming from here. He’s in a similar situation as Brady, having spent the past 14 seasons with the New Orleans Saints while putting up a Hall of Fame career and working with the same coach, Sean Payton. Unlike Brady, he’s already committed to returning to the Saints in 2020 after his last contract expired.

As for Brady, he recently made it clear that he has no idea what the future holds.

There are a ton of rumors that Brady will sign with the Las Vegas Raiders once free agency opens up on March 19. Reportedly, the Raiders are willing to give him a two-year contract worth $60 million.

Though, there are reportedly up to eight teams in total that are seriously considering inking the GOAT to a contract this spring.