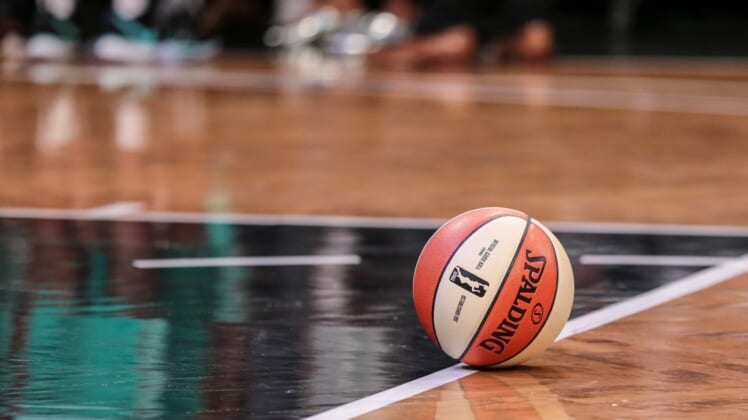 Tiffany Hayes had 21 points to lead the Atlanta Dream to an overtime victory over the host New York Liberty on Thursday night, 92-81.

The game was pushed into overtime when Erica Wheeler connected on a 3-pointer from 27 feet out at the buzzer for Atlanta (9-11). The Dream outscored the Liberty (8-11) 13-2 in OT.

Hayes shot 8 of 15 from the floor and 4 of 6 from deep, and she was one of four Dream players to score in double digits. Wheeler, Rhyne Howard and Kristy Wallace had 10 points apiece, with Wheeler adding eight assists. Kia Vaughn had eight points and a team-best nine rebounds.

Stefanie Dolson led New York with 20 points. Sabrina Ionescu had 17 points, 13 boards and seven assists, but shot just 1-of-10 from behind the arc. Natasha Howard added 13 points and eight rebounds.

The Dream and Liberty were neck-and-neck for much of the first half, but Wallace ignited a 13-6 run near the end of the second quarter when she flushed a 3-pointer from 23-feet out on an assist from Naz Hillmon. In all, Wallace scored seven points during that stretch.

New York cut the deficit to two points at the start of the third quarter, but Atlanta broke off an 11-2 run to put a cushion between itself and the Liberty. The Dream led by 13 points by the end of the third, thanks to a pull-up jumper from Rhyne Howard.

The Liberty mounted a 24-5 run in the fourth quarter, erasing that large deficit and taking a lead behind the play of Dolson, who scored 12 points in that span. Still, the Dream battled back, and Wheeler’s 3-pointer sent the game into overtime.

Atlanta won the rebounding battle 41-35 and made 21 of 26 shots from the charity stripe.

The win for the Dream snaps a three-game losing streak.

New York and Atlanta won’t meet again until August, when the two teams close the season with two games against each other, back-to-back.