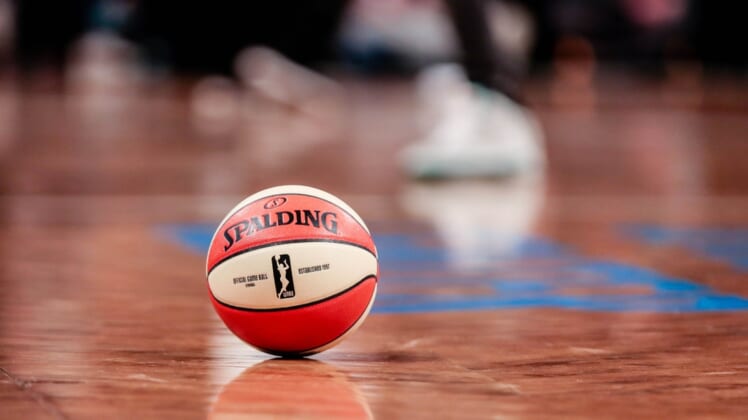 Rookie Rhyne Howard scored 19 points in just 25 minutes to continue her strong start to the season and help the Atlanta Dream record a 101-79 victory over the Indiana Fever on Tuesday night at Indianapolis.

Cheyenne Parker chipped in 17 points, Erica Wheeler scored 16 and Kristy Wallace added 15 for the Dream (4-1), who completed a sweep of a two-game set in Indianapolis. Atlanta also prevailed 85-79 on Sunday.

Fever star Kelsey Mitchell had just five points of 2-of-8 shooting to end a streak of three straight 20-point outings.

Howard, the No. 1 overall pick in this year’s draft, made 7 of 10 shots as her average dipped slightly to 20.4 points per game.

Indiana played without No. 2 overall pick NaLyssa Smith, who sustained a sprained right ankle in the Sunday loss.

The Fever connected on 37.5 percent of their field-goal attempts and were a meager 20 percent (6 of 30) from behind the arc.

Indiana trailed by 15 at halftime but closed within 52-42 on Robinson’s basket with 8:20 left in the third quarter.

Atlanta answered with 3-pointers from Wallace and Wheeler to push its lead back to 16.

Later in the period, the Dream rattled off eight straight points to go up 77-55.

Parker scored 15 points and Howard added 10 as the Dream held a 50-35 halftime lead.

Howard buried two 3-pointers to help Atlanta open the game with an 11-2 burst. The Dream led 26-16 after the first quarter.

The Fever were within 35-28 after Vivians made two free throws with 6:10 left in the first half. Atlanta responded with a 15-5 burst to take a 50-33 lead before settling for the 15-point advantage at the break.