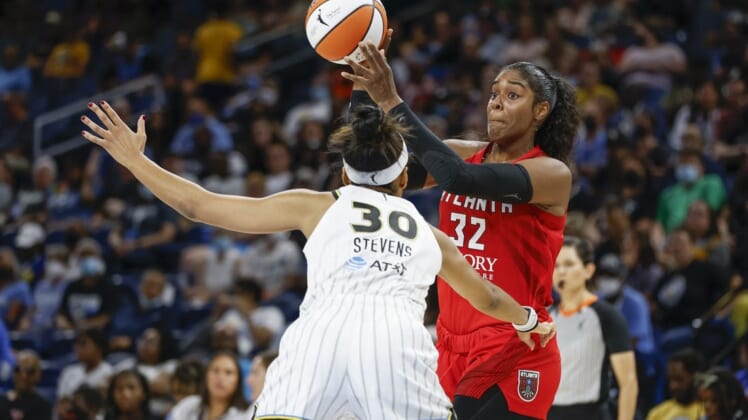 The Atlanta Dream look to end a three-game losing streak and improve their chances at a postseason spot on Saturday when they host the struggling Dallas Wings at College Park, Ga.

Dallas (12-16) and Atlanta (12-17) are among six teams battling for the final three spots in the WNBA playoffs. Both clubs head into their clash after sustaining losses at home on Thursday: The Wings fell to the Washington Mystics 87-77, while the Dream dropped a 92-85 decision to the Minnesota Lynx.

The Dream’s Tiffany Hayes scored 24 points, rookie Rhyne Howard added 18 and Cheyenne Parker contributed 16 in the loss to the Lynx. Atlanta trailed by 20 points after three quarters before outscoring Minnesota by 13 in the fourth.

“Not happy with our effort today,” Dream coach Tanisha Wright said after Thursday’s loss. “Just didn’t compete today, which I take very personal because our team is based on having to be a team that competes every single night. Tonight, they did not — that’s why I’m frustrated with them.”

Dallas has dropped three of its past four games, with its lone win in that stretch at Indiana — the only team that’s officially eliminated from the playoff race. The Wings were also down by 20 at the break in their loss Thursday after scoring just 36 points in the first half.

“Our three words tonight were energy, effort and focus,” Wings coach Vickie Johnson said after the loss on Thursday. “I didn’t feel like we came ready to play.”

Teaira McCowan poured in a career-high 27 points and grabbed 11 rebounds (seven of those on the offensive end) for Dallas.

Arike Ogunbowale added 19 points and Allisha Gray had for 12 for the Wings. Dallas was just 16 of 27 (59.3 percent) from the free throw line.