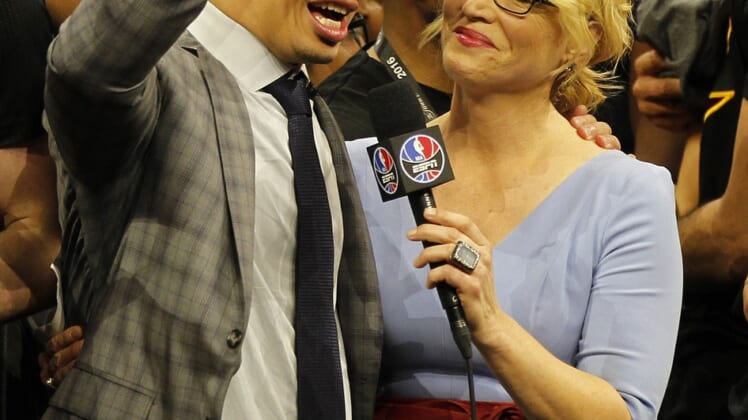 ESPN’s Doris Burke is a veteran NBA sideline reporter. But in the 2017-18 season, she will be a game analyst — making history in the process.

“This week ESPN will announce that Burke will become a regular ESPN NBA game analyst,” Richard Deitsch of Sports Illustrated noted. “She will serve as an analyst for ESPN regular-season NBA telecasts as well as the NBA playoffs, making her the first woman at the national level to be assigned a regular rotation of games as an NBA game analyst.”

Deitsch added that “Burke said she will keep her role as lead ESPN NBA sideline reporter for the NBA Conference Finals and NBA Finals.”

She will primarily be occupying the job left by the departure of long time analyst Doug Collins, who took a job with the Chicago Bulls.

Burke’s voice will certainly be a familiar one for basketball fans. In addition to being a long time sideline reporter, she’s also a veteran of ESPN’s college basketball coverage and has hosted the network’s NBA Countdown, as well.