Donovan McNabb Arrested For Another DUI 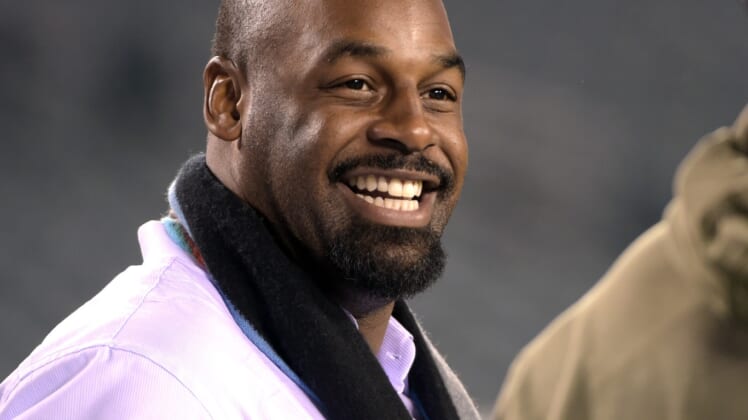 The six-time Pro Bowl performer was detained just before midnight on June 28 in Gilbert, AZ.

According to a statement from the Gilbert Police Department, McNabb was arrested for suspicion of a DUI after rear-ending another vehicle:

“On 06/28/2015 at approximately 2335 hours, officers responded to a non-injury collision involving two vehicles which occurred just west of the intersection at E Chandler Heights Rd and S Higley Rd in Gilbert, AZ. Subsequent investigation revealed Donovan McNabb (11/25/76) was impaired by alcohol and collided in a rear-end fashion with another vehicle which was stopped at a red traffic signal. Donovan was arrested for DUI at 2358 hours and transported to the Gilbert/Chandler Unified Holding Facility for processing, after which, he was cited and released.”

Remember, McNabb served a day in jail last year after being arrested on DUI charges in Maricopa County, AZ. It’s safe to say that the former NFL quarterback would spend more time behind bars for an alleged second offense.

McNabb, a first-round pick of the Philadelphia Eagles back in 1999, played 13 seasons in the league. He accumulated 258 total touchdowns and led Philadelphia to one Super Bowl appearance.