It’s an innocent mistake. You drop your phone onto the concrete or a hard tile surface and crack—your phone has just been ruined. Perhaps in reaching down to pick it up, you accidentally step on it because it definitely could be dark out.

This is what Presidential hopeful Donald Trump would like to believe happened to New England Patriots quarterback Tom Brady’s alleged self-destroyed cell phone. 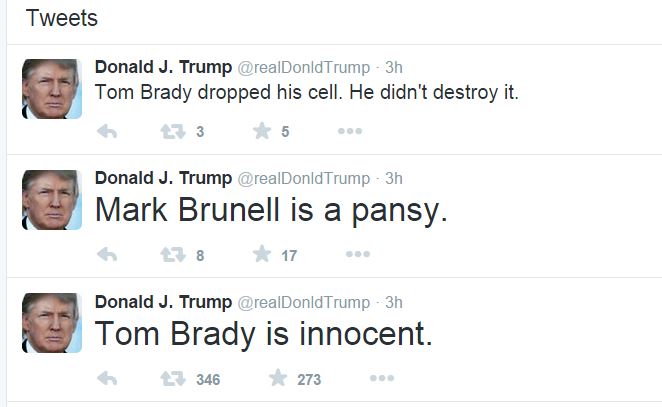 Perhaps Brady can spend his four game suspension interning for Trump. The two would make quite the popular president/vice president candidate duo. Trump currently leads in the polls and people still apparently love Brady, so why not?

Today's quiz: how many states would a Trump/Brady ticket carry https://t.co/jWCW5MzD1v

If Trump first order of business was to free Tom Brady, he would have my vote #FreeBrady #Patriots