The Miami Dolphins might just be in good hands with interim head coach Dan Campbell.

Miami, thankfully, had a week out of the national spotlight on a bye in Week 5. After the final straw finally broke the camel’s back with the loss to the New York Jets in London, Joe Philbin was booted for incompetence, or lack of leadership, or both.

The Dolphins floundered badly under his guiding hand. Quarterback Ryan Tannehill, who had taken such positive strides in 2014, started backtracking. The team’s loaded defense was underperforming — badly — and high-priced free agent Ndamukong Suh was reportedly acting out.

With a week to regroup and another to prepare for the Tennessee Titans, Campbell is in the best possible position to spark a quick turnaround for a franchise that appears to have the talent to win.

Thankfully, he’s confident about his purpose, which was revealed in a phone call with Peter King of MMQB.com.

“I would say this,” Campbell, 39, said ominously. “We’re about to wake the sleeping giant.”

Prompted to the position of interim head coach after being a tight ends coach in the NFL for the past five-plus seasons, this is a huge leap for Campbell, and for the Dolphins.

King highlighted the man’s intensity and passion, noting “Campbell sometimes lapsing into coach-speak, like I was one of his players: “We gotta get off to better starts! We gotta get manageable second downs!”

At the least, the Dolphins won’t come out stagnant any more.

If Campbell can somehow work some magic — both in the hearts of the men on the team to rally together and from a schematic standpoint — then there is no doubt whatsoever that the Dolphins can still get into the playoffs.

The talent is there. 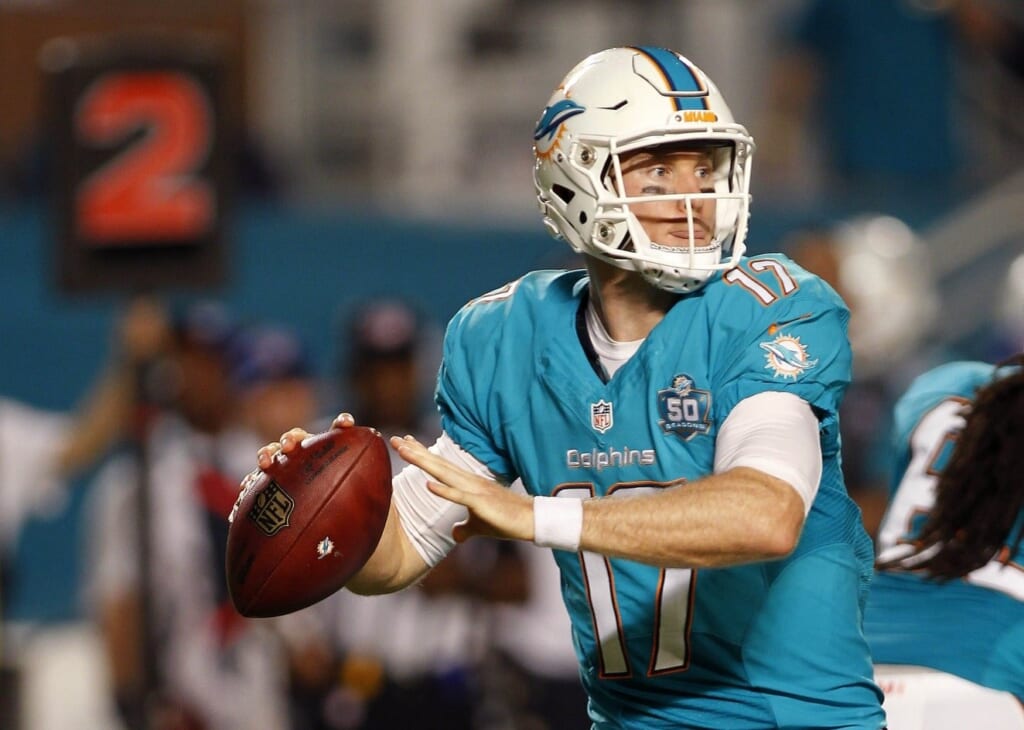 With Tannehill throwing to DeVante Parker, Greg Jennings, Kenny Stills and tight end Jordan Cameron, the passing game has the potential to be dynamic, and Lamar Miller is a solid running back as a complement.

The team’s defense — on paper — has top-five potential, especially if everyone on the defensive line works together.

Campbell might be the man to make it happen, as improbable as it seems. He’ll have the media hovering over his every decision, especially in light of rumors Miami could be interested in guys like Sean Payton for the upcoming season.

“I think I understand the NFL,” Campbell said. “I understand players. I relate to ’em. Not in a buddy-buddy way. Without sounding conceited, I think I can pull the best out of people. It’s not fake; it’s from the heart. I have been around some phenomenal coaches, and I know what works. …It’s a different path to this job, for sure. But I am confident about my ability.”

This is going to be an interesting story to follow. The road game against a tough Tennessee team on Sunday should tell us a lot about where the Dolphins are at and where they’re headed.