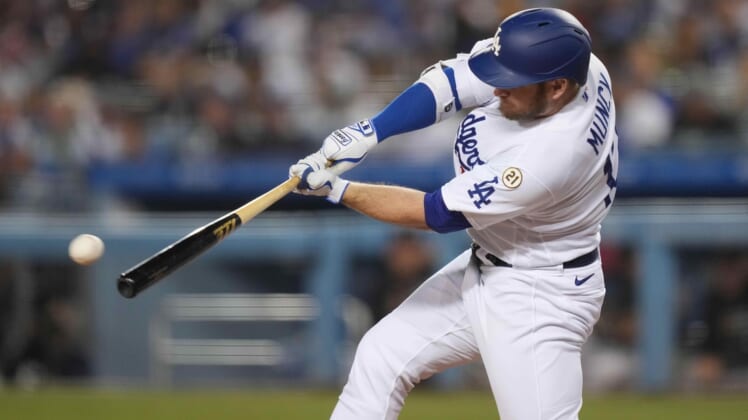 Julio Urias went five solid innings to increase his major-league-leading win total to 18 as the Los Angeles Dodgers finished off a three-game sweep of the visiting Arizona Diamondbacks with a 5-3 victory on Wednesday.

Urias (18-3) was asked to throw just 76 pitches. He gave up two runs on three hits with two walks and five strikeouts as he remained unbeaten over his past 14 starts. Urias has won each of his past nine decisions.

Christian Walker hit a home run and Henry Ramos had a two-run single for the Diamondbacks (47-99), who lost for the ninth time in their past 11 games. Arizona is now 2-14 against the Dodgers this season and finished 1-9 at Dodger Stadium.

Diamondbacks starter Merrill Kelly (7-10) gave up four runs on 10 hits over 4 2/3 innings with two walks and one strikeout. Arizona has lost each of Kelly’s past four starts, including two against the Dodgers.

Los Angeles took a 1-0 lead in the second inning on an RBI single from Lux before the Diamondbacks moved on top 2-1 in the fourth inning on Ramos’ two-run hit to center.

The Dodgers answered right back in their half of the fourth, taking a 3-2 lead on a Cody Bellinger RBI groundout and another run-scoring single from Lux. Muncy made it 4-2 in the fifth inning with a home run to right field, his 34th.

Walker cut the deficit to a run in the sixth inning with a home run, his eighth of the season, to center field off right-hander Phil Bickford. The Dodgers made it 5-3 in the bottom of the sixth when Trea Turner beat out a two-out infield single to bring home a run.

Los Angeles closer Kenley Jansen struck out all three batters he faced in the ninth inning for his 33rd save in 38 chances. The right-hander converted his 12th consecutive save opportunity dating back to July 24.