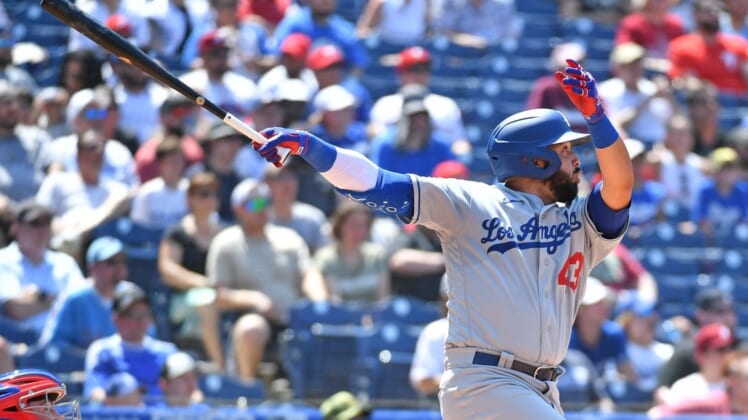 The Los Angeles Dodgers sent infielder Edwin Rios to the 10-day injured list on Friday after he tore his right hamstring during the Thursday night game against the New York Mets.

Dodgers manager Dave Roberts said Rios would miss at least a couple of weeks but will not require surgery. The team purchased the contract of Eddy Alvarez from Triple-A Oklahoma City to take his place.

Prior to getting called up, Alvarez had the third-highest average on Oklahoma City, hitting .304 with five home runs and 22 RBIs. The 32-year-old played briefly with the Miami Marlins the past two seasons, hitting a combined .188 with one homer and eight RBIs in 36 games.

The Dodgers cleared a spot on the 40-man roster for Alvarez by transferring outfielder Kevin Pillar (fractured left shoulder) to the 60-day injured list.