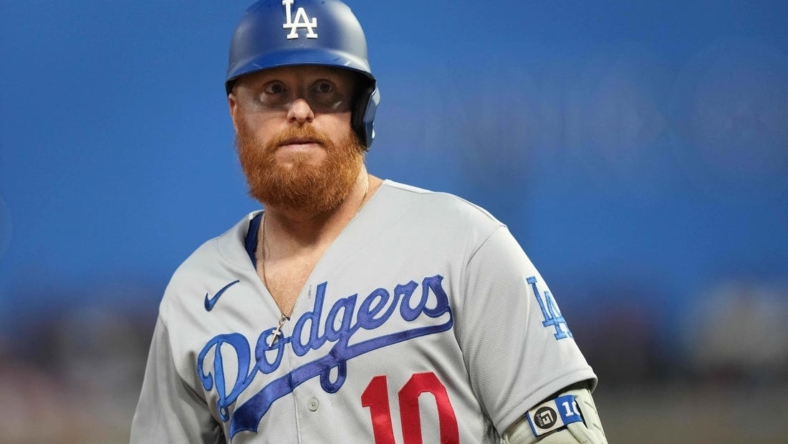 Los Angeles Dodgers third baseman Justin Turner was named the winner of the prestigious Roberto Clemente Award on Monday for his philanthropy work in Los Angeles.

The award is given annually to the player “who best represents the game of Baseball through extraordinary character, community involvement, philanthropy, and positive contributions, both on and off the field.”

Turner has been nominated for the award in five of the past six seasons. He is the third Dodgers player to win it, joining Steve Garvey (1981) and Clayton Kershaw (2012).

“The Dodger organization is very proud that Justin Turner has won the 2022 Roberto Clemente Award,” Dodgers president and CEO Stan Kasten said in a news release. “Justin and his wife, Kourtney, embody everything that the Award stands for. Their unwavering dedication to the community and supporting everyone around them is truly special, and something we can all strive to achieve.”

According to MLB, the Turners have contributed over 70,000 toys and 14,000 bicycles to children in the Los Angeles area. They make frequent visits to UCLA Mattel Children’s Hospital and Cedars Sinai Hospital.

Turner, who turns 38 on Nov. 23, is a two-time All-Star during his nine seasons with the Dodgers. He has hit 27 homers three times and become a leader for the franchise.

The award is named after Hall of Famer Roberto Clemente, who tragically died in a plane crash on New Year Eve’s in 1972 while attempting to deliver supplies to earthquake victims in Nicaragua.