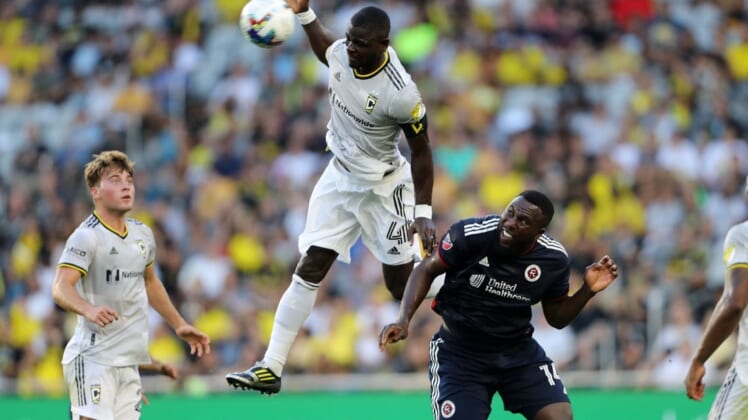 Djordje Petrovic made six saves for the New England Revolution in 0-0 tie against host Columbus on Saturday as the Crew extended their unbeaten streak to nine games.

Eloy Room made two saves for the Crew (7-5-9, 30 points), which has four wins and five ties during the run, the Crew’s longest lossless streak since going nine straight without a defeat (four wins, five ties) from April to June 2018.

Crew forward Cucho Hernandez failed to become the fifth player in MLS history to score in his first four league games. He had five shots, two on target.

Columbus had 17 shot attempts compared to five for New England.

The Revolution were hampered in the attack by the absence of injured midfielder Gustavo Bou, who had seven goals and an assist in his previous eight games.

That helped explain why the Crew dominated the scoreless first half, taking nine of the 10 shots and holding a 4-0 advantage for shots on goal.

Petrovic was the difference when the Crew found an opening. In the 24th minute, Pedro Santos fired a wicked volley that skimmed the top of the grass, forcing the keeper to make a stabbing save.

The rebound went to Lucas Zelarayan. His quick putback was cleared off the line with a header by defender Henry Kessler.

Petrovic was stellar again eight minutes later to stop a shot at the near post by Luis Diaz after he raced down the right side.

Santos tested Petrovic again midway through the second half to no avail with another low strike from outside the box.

He transferred from Juventus FC in Italy after spending the 2021-22 season on loan to WSG Toril, where he was the co-leader in goals scored in the Austrian Bundesliga with 19.