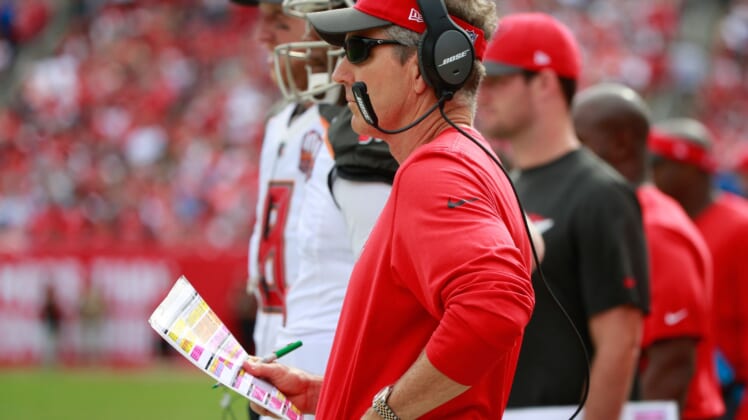 The Tampa Bay Buccaneers and Atlanta Falcons got into a friendly Twitter joust Wednesday, with the end result being the Bucs account trolling the Falcons with a 28-3 reference.

As you might be aware, that represents the score of Super Bowl LI before the Falcons allowed the New England Patriots to make an historic comeback and win the game. It’s not the first time we’ve seen this type of thing happen on social media, and it won’t be the last time, either.

But after Dirk Koetter’s comments Thursday, we’re pretty sure it’s the last time the Buccaneers make the joke.

While we can certainly appreciate the head coach’s sentiment, he really needs to lighten up a little bit. Social media accounts are for the fans, and fans of both teams got a kick out of the interaction between the two accounts.

The Bucs are looking up at the Falcons in a little brother-big brother sort of way in the NFC South. And no doubt the coach simply doesn’t want to give big brother some bulletin board material to use this upcoming season. But in reality, there wasn’t any real harm in the team’s social media staff poking back at what was originally a poke by Atlanta’s Twitter account.